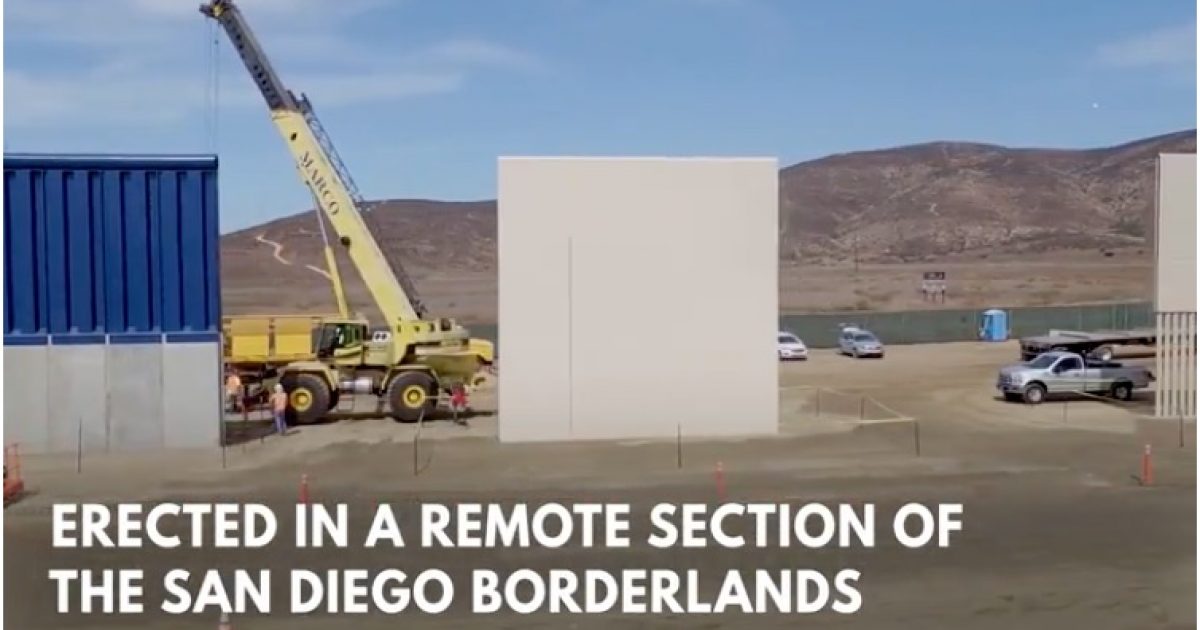 Border security is a key priority of President Trump and it’s one of the elements the president is demanding with the negotiations over DACA.

Democrats insistence on addressing DACA is the reason the Senate did not agree on a government funding bill leading to the government shutdown.

Recently, a number of border wall prototypes were constructed to determine their effectiveness in stopping illegal crossing.

According to the AP, tests by military special forces of the various prototypes proved effective.

Military special forces based in Florida and U.S. Customs and Border Protection special units spent three weeks trying to breach and scale the eight models in San Diego, using jackhammers, saws, torches and other tools and climbing devices, said the official, who spoke on condition of anonymity because the information was not authorized for public release.

The prototypes were built in San Diego and according to Newsweek, city taxpayers are paying more than $2 million for the local police and sheriff’s department to provide security to the area.

The effectiveness of the border wall prototypes shows it is possible to stop illegal crossings with barriers.