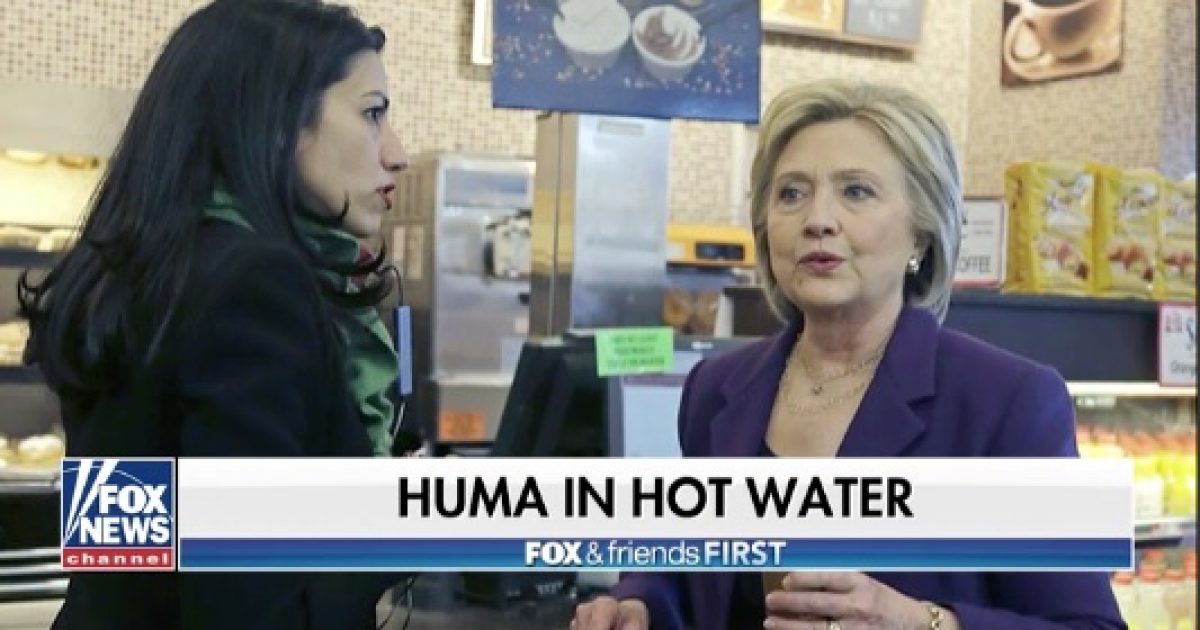 President Trump’s Tweet follows the release of State Department emails that were found on Abedin’s husband’s laptop. Some of the emails were “classified.”

The president’s tweet comes after the State Department, in a Friday news dump, released a batch of emails from Abedin’s account that were discovered by the FBI on a laptop belonging to her estranged husband, Anthony Weiner. At least four of the documents were marked “classified.”

Abedin also forwarded sensitive State Department emails to her personal Yahoo email account before every Yahoo account was hacked, first reported by the Daily Caller. Abedin also sent passwords for her government laptop to her Yahoo account on Aug. 24, 2009

In 2013, Yahoo was hacked, and the company said in a statement that “all Yahoo user accounts were affected” by the theft.

The newly released emails also call into question the decision by former FBI Director James Comey not to recommend charges against Clinton and Abedin.

In October 2016, Comey reopened the investigation of Clinton over her emails when State Department documents were found on Weiner’s laptop but soon after he determined nothing on the computer warrented a change in his original decision.

The FBI is standing by its initial decision not to seek criminal charges against Hillary Clinton or members of her team over the handling of a private email server.

FBI Director James Comey informed Congress Sunday that he stands by his prior assessment after the completion of a renewed probe that was sparked by the discovery of potentially thousands of emails on devices owned or handled by key Clinton aide Huma Abedin.