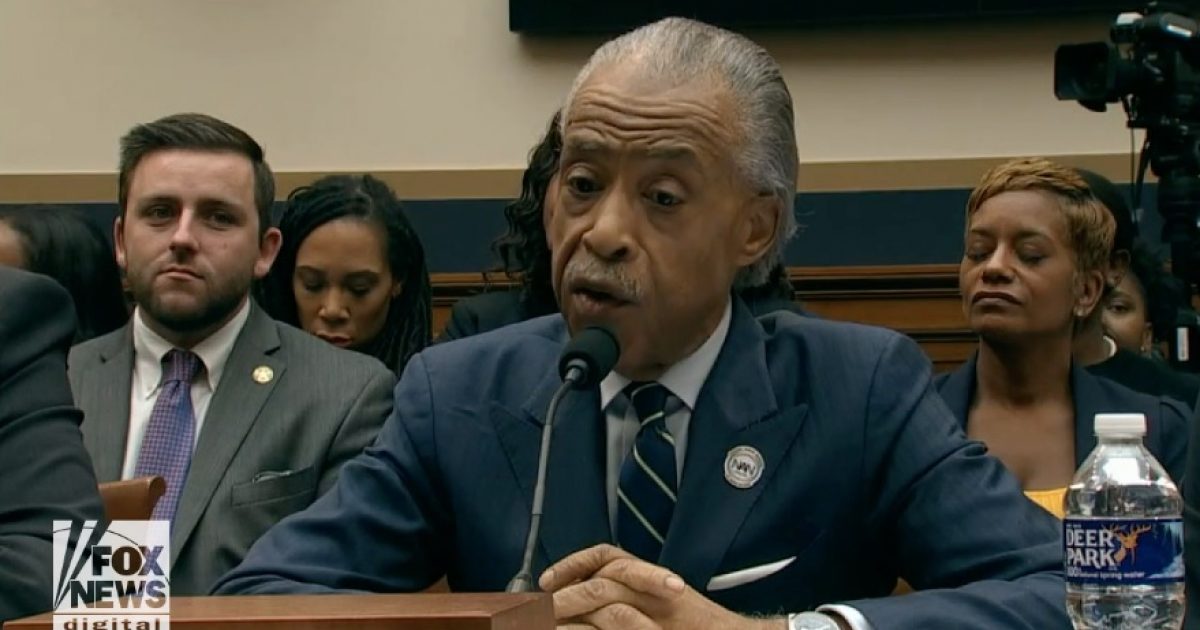 Sharpton is known for inserting himself into matters between law enforcement and black Americans before knowing all of the facts.

What was supposed to be a hearing on policing tactics at one point turned into a chaotic battle of words between Sharpton and Florida Republican Representative Matt Gaetz.

Gaetz turned the tables on Sharpton and confronted him with a list of years of his inflammatory comments, including, “Have you ever referred to members of the Jewish faith as white interlopers or diamond merchants?”

Gaetz, 37, brought up an old resolution MSNBC host Joe Scarborough introduced when he was a congressman, which condemned Sharpton for “racist and anti-Semitic views,” including calling Jews “blood-sucking Jews” and “Jew bastards.”

“They are patently untrue,” Sharpton said. “I never said that.”

Gaetz Tweeted a clip of his exchange with Sharpton.

Gaetz: "Have you ever referred to African Americans that disagreed with you as ‘cocktail-sip negroes’?”

Reverend Al Sharpton: "I have." pic.twitter.com/oSUNri8XC7

Given Sharpton’s long history of racial division and harmful rhetoric it’s outrageous he has his own cable TV show on MSNBC.

Watch the full exchange below.