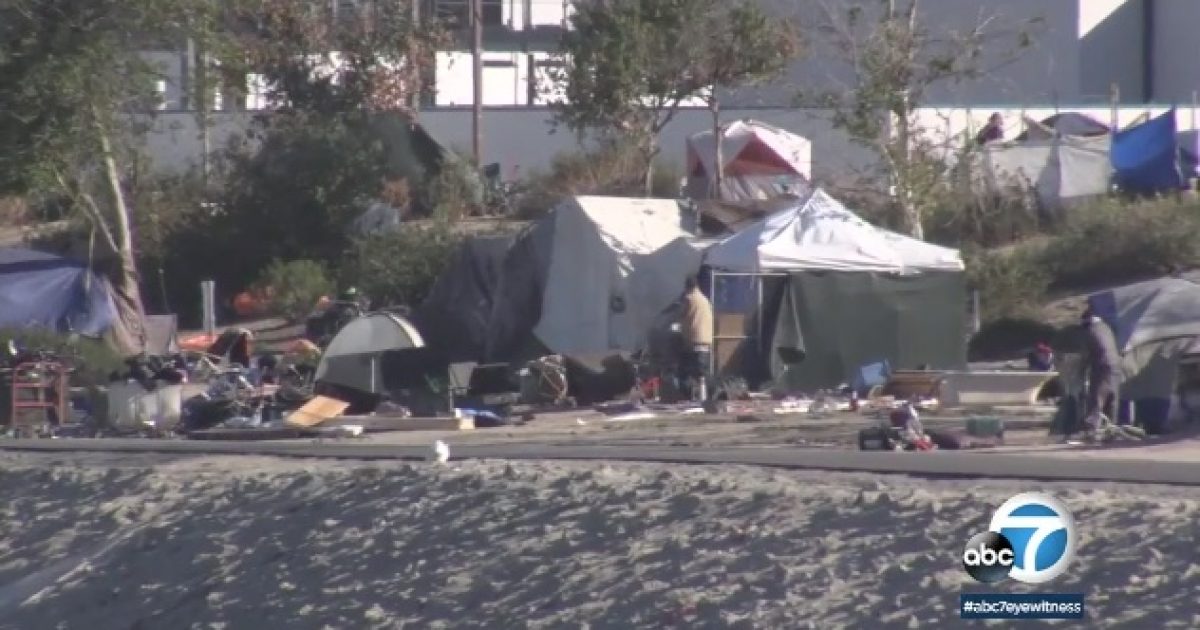 The homeless problem in California is plaguing the state.

A recent investigation by local NBC News in San Francisco found a number of dangerous items in the downtown area of the city.

Here’s what was collected between Jan. 22 and March 3 from a more than two-mile stretch of bike trail roughly from I-5 in Orange to Ball Road in Anaheim, according to OC Public Works spokesman Shannon Widor:

About 700 people lived in the encampments before they were dismantled.

A local ABC News affiliate covered the eviction of the homeless camps.

Orange County officials began moving homeless people out of the Santa Ana riverbed and into shelters and motels on Tuesday. It’s all part of a settlement worked out by the county and homeless advocates.

Illegal aliens are contributing to the homeless problem but the total number is elusive.

An article by progressive group Think Progress, “No Home, No Papers, No Help: The Plight Of Undocumented Immigrants On The Street,” discussed the plight of homeless illegal aliens.

Arqueta is one of more than half a million people sleeping in the streets of the United States on a given night. The fact that he is also undocumented isn’t a coincidence. Along with veterans and former criminal offenders, undocumented immigrants are the other major group comprising the rising homeless population.

Unlike other groups, however, no precise national figures exist on the number of homeless undocumented migrants. For one, they are less to likely to identify themselves as undocumented for fear of deportation.