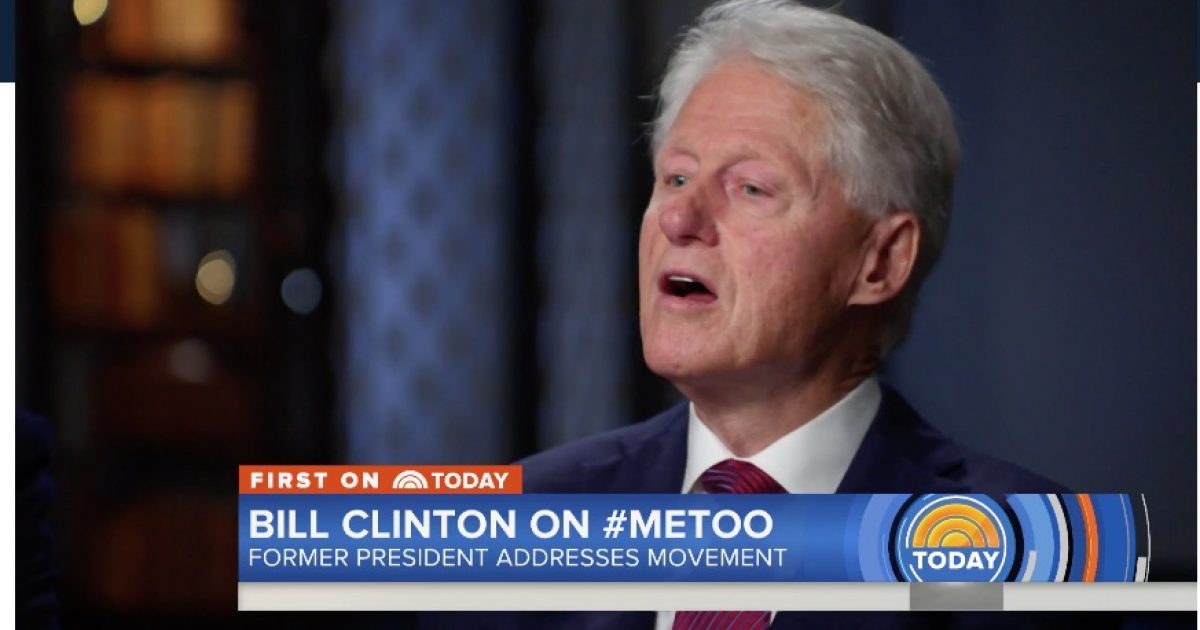 Former President Bill Clinton said he handled the Monica Lewinsky scandal the right way by not resigning and fighting impeachment.

Responding to a question if he would have dealt with the Lewinsky scandal properly on NBC News, Clinton said, “I think I did the right thing. I defended the Constitution.”

The context of the question was if the former president’s response to the scandal would have been different under the current #metoo movement.

Clinton also added he has not apologized to Lewinsky.

Clinton, however, also admitted to Melvin that he’d never privately apologized to Lewinsky over the ordeal.

“I’ve never talked to her,” Clinton said, adding that he had publicly apologized to Lewinsky and “everybody in the world.”

“I did say, publicly, on more than one occasion, that I was sorry … The apology was public,” said Clinton.

He responded, “no, I do not,” when he was asked whether he owed Lewinsky an apology.”

Clinton was interviewed on NBC’s Today show by Craig Melvin to promote a new book, “The President Is Missing.”

Just spent a great evening with two of my favorite authors discussing their new book, The President is Missing. It’s a page-turner! Check it out:https://t.co/Jm48OUxd53 pic.twitter.com/5TCCr4RKFB

Just like his wife Hillary, Bill has no shame and they both play the victim regardless of their outrageous behavior.