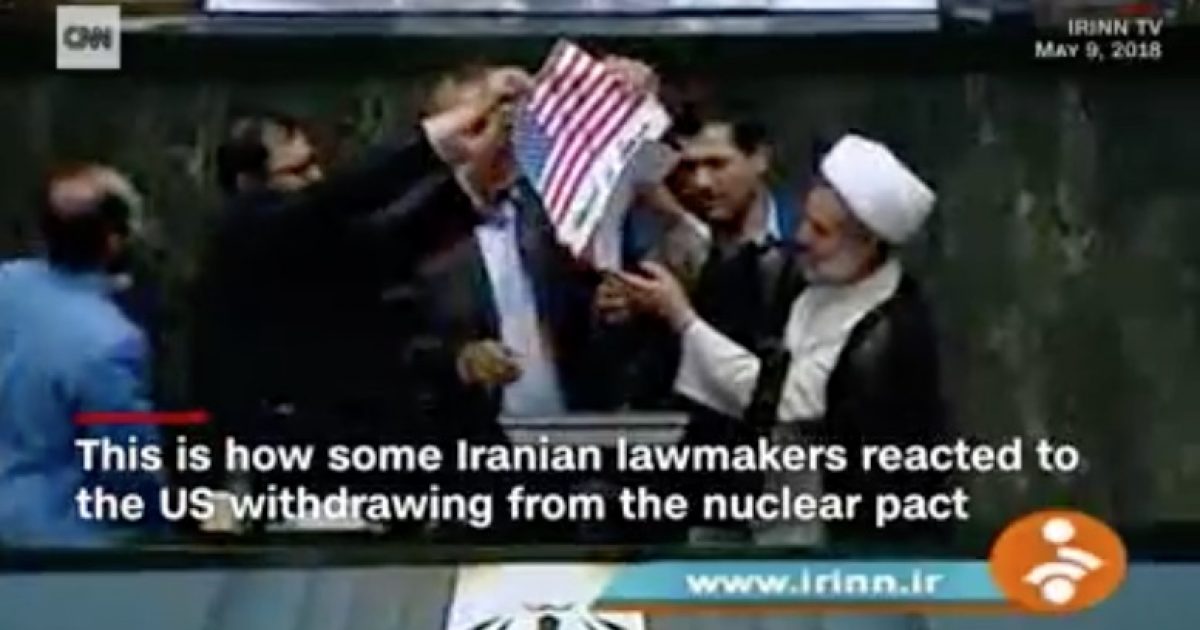 Thousands took to the streets in the capital and other cities for Qods (Jerusalem) Day, held every year since the early days of Iran’s Islamic revolution to show support for the Palestinians.

This year’s event saw the usual burning of flags and chants of “Death to America” and “Death to Israel”, as well as a huge Donald Trump figure being hanged from a crane.

This is not the first time Iran is showing anger over the U.S. recently.

Iran is angry over President Trump’s decision to pull out of the nuclear agreement the country reached with former President Obama and other countries.

Last month, members of the Iranian parliament burned the U.S. flag and shouted, “death to America.”

Be sure about God's promise of victory. Friday is the #QudsDay: defending the resistant Palestinian nation and its self-sacrificing combatants is a big step in this direction.
I ask Allah the great to bestow success and the continuation of resistance on this bright path. pic.twitter.com/pBxKHvF4Dp

The angry outbursts is a reminder of the danger Iran represents to the world and justifies President Trump’s decision to cancel the nuclear agreement.