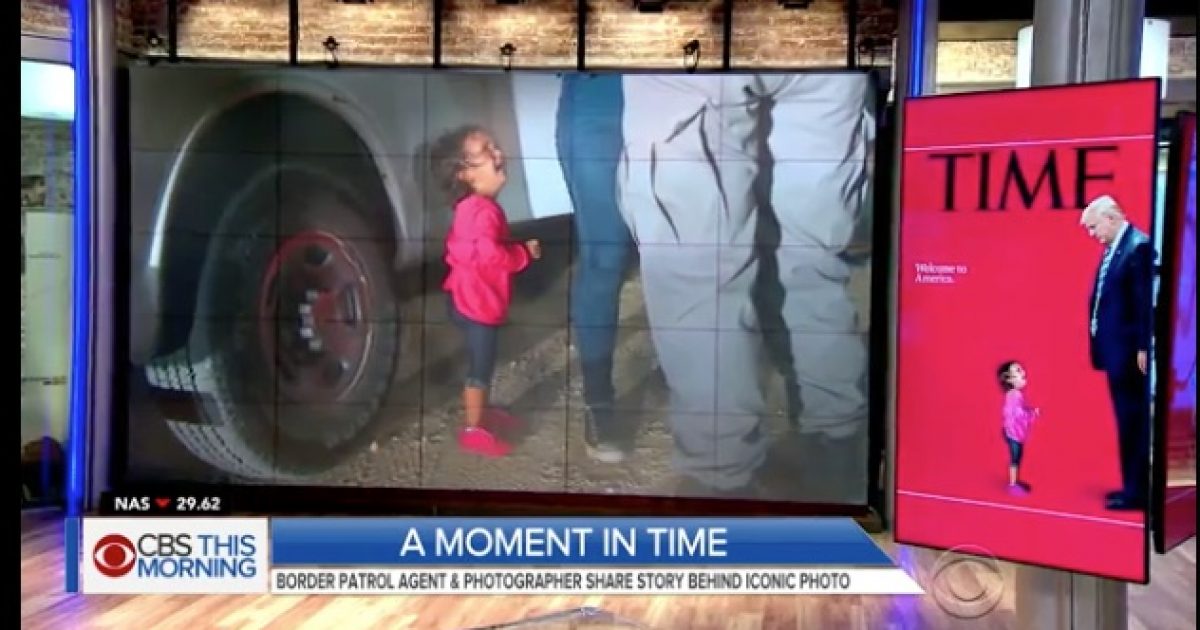 The picture of the crying little girl that was used as a symbol of migrant children separated from illegal alien parents was misleading.

The little girl was not separated from her mother but that fact did not stop Time magazine from exploiting the situation for attention and to drive negative feelings about President Trump.

Time used the picture of the girl to slam President Trump and the president’s zero-tolerance policy at the southern border.

The widely shared photo of the little girl crying as a U.S. Border Patrol agent patted down her mother became a symbol of the families pulled apart by the Trump administration’s “zero tolerance” policy at the border, even landing on the new cover of Time magazine.

But the girl’s father told The Washington Post on Thursday night that his child and her mother were not separated, and a U.S. Customs and Border Protection spokesman confirmed that the family was not separated while in the agency’s custody. In an interview with CBS News, Border Patrol agent Carlos Ruiz, who was among the first to encounter the mother and her daughter at the border in Texas, said the image had been used to symbolize a policy but “that was not the case in this picture.”

A CBS News story included the interview with the border patrol agent:

“We were patrolling the border. It was after 10 o’clock at night,” Border Patrol agent Carlos Ruiz told CBS News’ David Begnaud. He was the first to encounter Sandra Sanchez and her daughter after they allegedly crossed the Rio Grande River into Texas illegally.

“We asked her to set the kid down in front of her, not away from her, she was right in front of her…So we can properly search the mother,” Ruiz said. “So the kid immediately started crying as she set her down. I personally went up to the mother and asked her ‘Are you doing OK? Is the kid OK?’ and she said, ‘Yes. She’s tired and thirsty. It’s 11 o’clock at night.'”

After a delay, Time finally issued a correction.

On Friday, Time published a correction saying: “The original version of this story misstated what happened to the girl in the photo after she (was) taken from the scene. The girl was not carried away screaming by U.S. Border Patrol agents; her mother picked her up and the two were taken away together.”

The agenda driven media is using propaganda to mislead the public and damage President Trump.