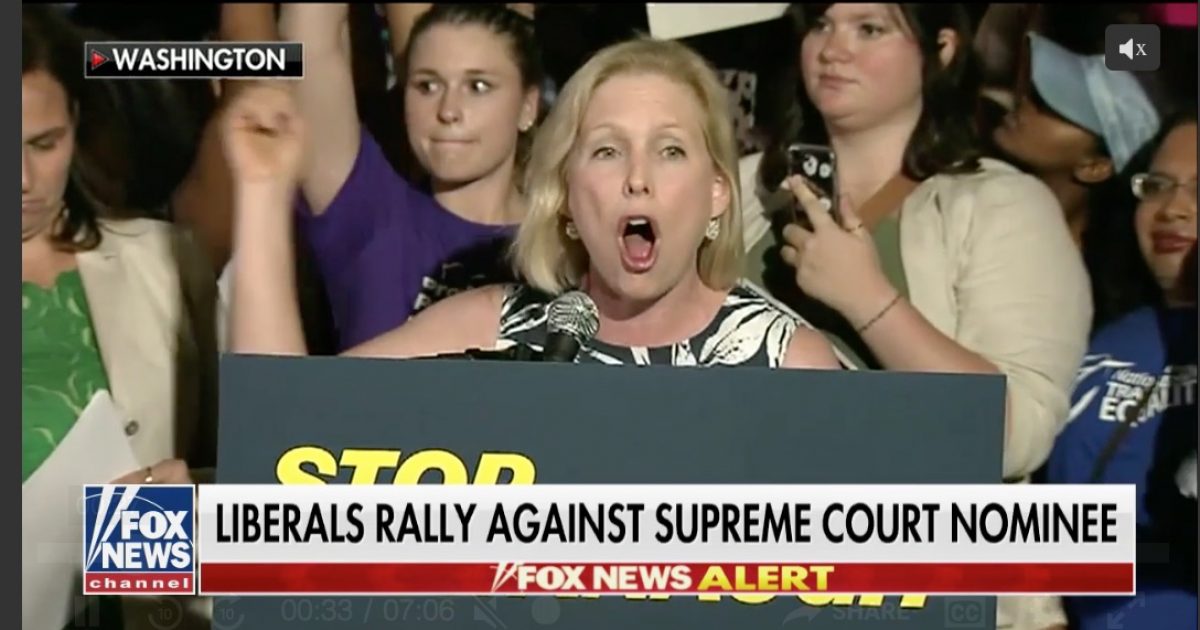 Among those picked up was City Councilman Jumaane Williams (D-Brooklyn), who is running for lieutenant governor.

Protests also erupted at the Supreme Court after the announcement.

Some protesters were screaming back and forth at each other amid a heavy law-enforcement presence.

Pro-choice activists held purple signs reading “Protect Roe” and “Don’t Criminalize Abortion.” Others chanted: “Kavanaugh has got to go!” Others shouted into bullhorns, “abortion is violence” and “uphold the Constitution of the United States of America.”

Fox News host Shannon Bream canceled her live show on the steps of the Supreme Court over security concerns.

After the big primetime reveal by the president, Bream had planned on doing a live show from outside the steps of the Supreme Court. But her plans were scuttled thanks to protests near her broadcast location.

Literally had to bail on our live show from #SCOTUS. Moving the show back to the safety of the studio. See y’all at 11p @FoxNews https://t.co/ChIOQdBBTU

Fasten your seatbelts – Democrats want to create tension over President Trump’s pick for the Supreme Court to drive the liberals to polls for the midterm elections.

Left-wing activists are more than willing to do what they have to in order to create chaos.