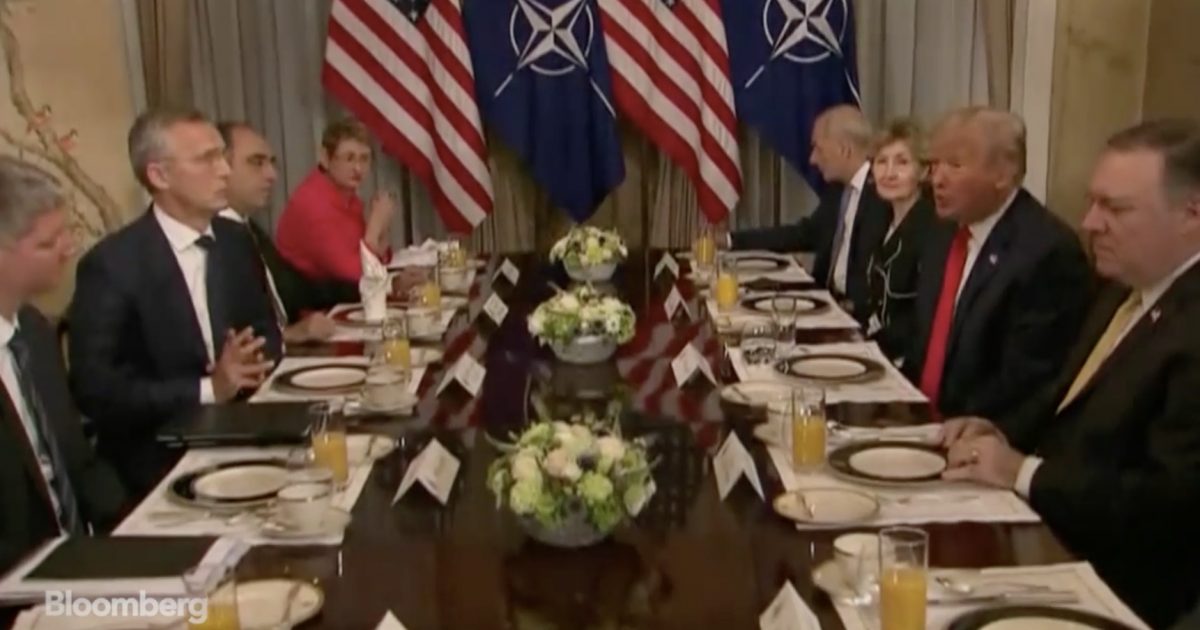 President Trump sharply criticized Germany over its energy policy at the NATO summit.

The focus of President Trump’s remarks was a natural gas pipeline between Russia and Germany.

“It’s very sad when Germany makes a massive oil and gas deal with Russia where we’re supposed to be guarding against Russia and Germany goes out and pays billions and billions of dollars a year to Russia,” Trump said before meeting with NATO Secretary General Jens Stoltenberg on Wednesday morning.

Trump pressed on: “If you look at it, Germany is a captive of Russia, because they supply — they got rid of their coal plants, got rid of their nuclear, they’re getting so much of the oil and gas from Russia. I think it’s something NATO has to look at.”

Germany Chancellor Angela Merkel defended her country’s decision to run its own affairs.

President Trump is right to raise the natural gas pipeline in context of NATO. Buying natural gas strengthens the Russian economy allowing the country to build up its military and engage in other devious activities around the world.

It makes no sense to strengthen an adversary.

Many countries in NATO, which we are expected to defend, are not only short of their current commitment of 2% (which is low), but are also delinquent for many years in payments that have not been made. Will they reimburse the U.S.?