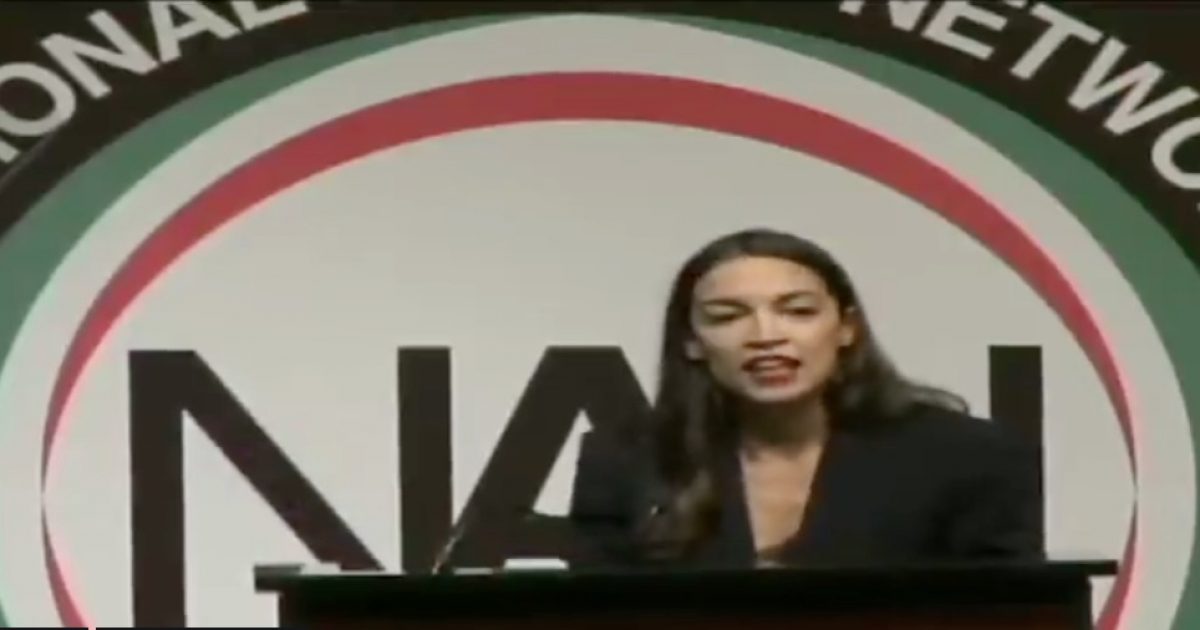 Critics slammed the inauthentic nature of her accent.

Ocasio-Cortez speaks in an accent that she never uses while telling a room of predominately black people that there is nothing wrong with them folding clothes, cooking, and driving other people around on a bus for a living. pic.twitter.com/FIbIAPokt0

This is not the first time Democrats tried to connect with a black audience by deviating from their normal speaking pattern.

Ain’t nothing wrong with that,’ the freshman Democrat drawled while speaking on Friday at Sharpton’s National Action Network conference in the Sheraton Times Square in Manhattan.

In her speech, Ocasio-Cortez addressed reparations for black American descendants of slaves.

Ocasio-Cortez called for “pursuing an agenda of reparations,” and received a lot of criticism on Twitter:

This is what pandering to black people looks like @AOC

As a young black male from Harlem, your speech was not for me and my community

The left has never cared about black people, only votes pic.twitter.com/5uf4cSW0CM

Responding to the criticism, Ocasio-Cortez defended herself on Twitter:

Any kid who grew up in a distinct linguistic culture & had to learn to navigate class enviros at school/work knows what’s up.

My Spanish is the same way.

Ocasio-Cortez’s southern accent was insincere and she was indeed pandering to black voters.