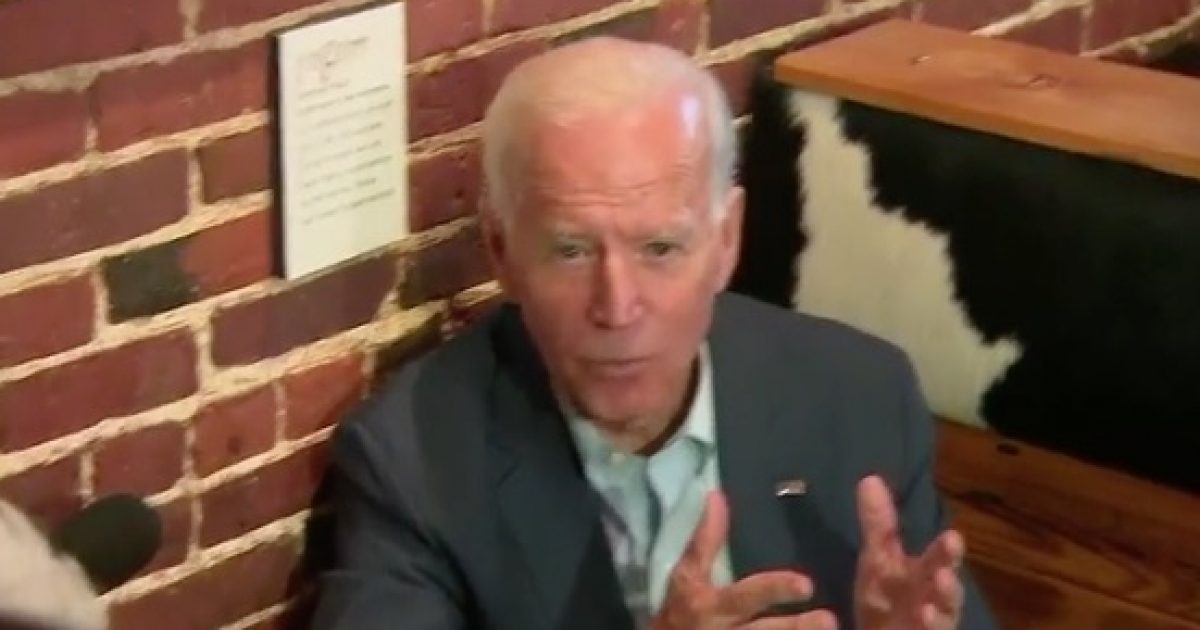 2020 presidential candidate Joe Biden’s playing-it-safe campaign strategy to become the Democrat nominee is working so far, but there are signs it’s starting to backfire.

With an early lead in the first primary state and national polls, Biden is sitting on the ball protecting his lead. He is keeping his public visibility low with a modest number of campaign stops, compared to his competitors.

Biden’s policies are also built on political safety. He’s veering further and further left to prevent being outflanked by his extremist competitors, but it makes him appear unprincipled and as if his policies are dictated by wherever the left-wing extremism winds blow. Biden’s positions on abortion and climate change are examples of how he conforms his polices to fit within the extremist bell curve set by his Democrat competitors.

Democrats’ strong support for abortion was recently documented in a CNN/Des Moines Register poll. About 80 percent of likely Democrat participants in the 2020 Iowa Caucus said “a woman’s right to choose” is a “Must-Have” policy position for a candidate. To keep up with the pro-abortion Joneses in the Democrat Party, Biden expressed opposition to the Hyde Amendment, a law that prevents taxpayer money from being used for abortion. For years, Biden supported the Hyde Amendment.

With an eye to the general election, Biden tried a moderate climate change plan trial balloon, but it was immediately blown out of the water after Reuters reported he was considering a “middle ground” approach.

By shifting further left towards the Green New Deal, Biden avoided being the environmental punching bag on the upcoming Democrat primary debate stage.

The problem for Biden is the playing-it-safe strategy is inherently risky, especially since the official game hasn’t really started. There is way too much time on the clock. Staying out of the line of fire can make a candidate and a campaign rusty.

During an interview on CNN, Axelrod called it “a flip, flop, flip,” because a video showed Biden saying he was against the Hyde Amendment, followed by a campaign statement saying he still supports it, only to be revised again, finally concluding he is now against it.

Axelrod added the multiple flips are “never a good thing in politics and it raises questions about his own performance and his own steadiness and his campaign’s performance.”

Bending to the wind makes Biden inauthentic. Agree with their policy views or not, some of his competitors for the Democrat nomination, such as Senators Bernie Sanders, I-Vt. and Elizabeth Warren, D-Mass., are more authentic because of their consistent policy views.

Even before the first Democrat debate, Biden is starting to slip in Iowa. A June CNN/Des Moines Register poll reported Biden leading the Democrat field at 24 percent, but it’s lower than a December poll at 32 percent. The recent poll has Sanders and Warren at 16 and 14 percent, respectively.