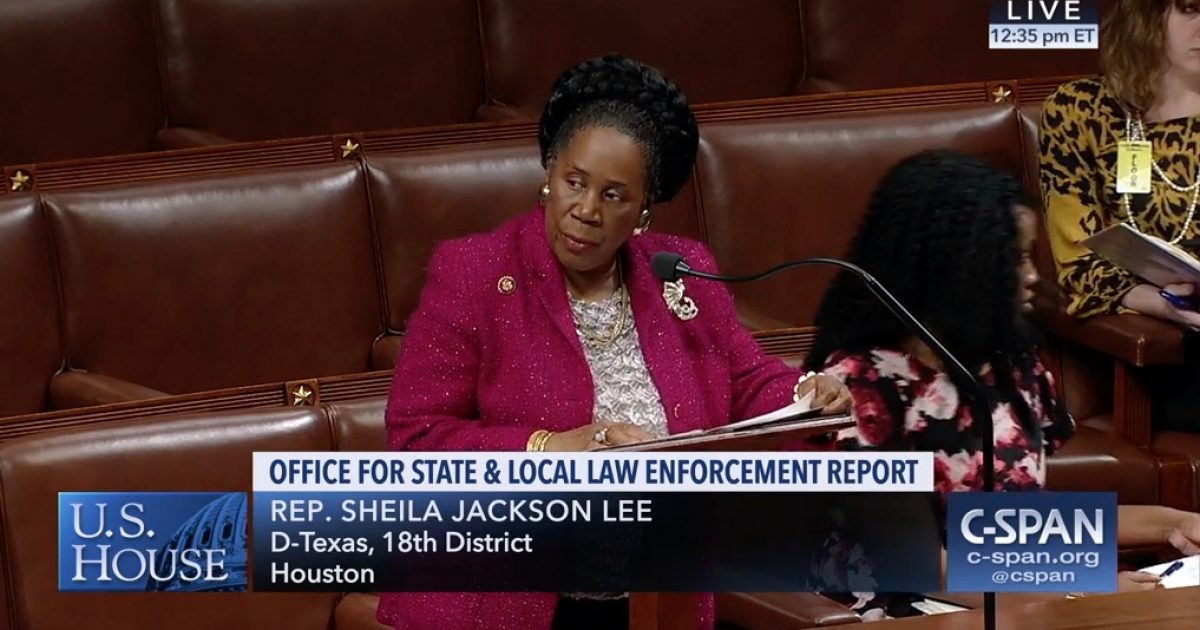 The House Judiciary Committee is set to hold a hearing on a reparations bill next week.

The bill, H.R. 40, was the brainchild of Texas Democrat Representative Sheila Jackson Lee and it seeks to analyze the impact of slavery through a commission made up of 13 members.

The report by the commission will also make recommendations which could include compensation for blacks.

“In short, the Commission aims to study the impact of slavery and continuing discrimination against African-Americans, resulting directly and indirectly from slavery to segregation to the desegregation process and the present day. The commission would also make recommendations concerning any form of apology and compensation to begin the long delayed process of atonement for slavery.”

A number of witnesses will testify including actor Danny Glover.

According to @RepCohen hearing on H.R. 40 and the Path to Restorative Justice of June 19 will have Dr. Julianne Malveaux, Katrina Browne; Rt. Rev. Eugene Taylor Sutton, Prof. Eric J. Miller, Ta-Nehisi Coates & @mrdannyglover At least not an all-male panel! ? #slaveryarchive

In April, Booker introduced a reparations bill in the Senate and according to The Root, it “would establish a commission to study the impact of slavery on African Americans and suggest proposals that would help repay descendants of slaves for the costs of centuries of racial discrimination.”

The reparations bills by Lee and Booker are designed to divide our country along racial lines.