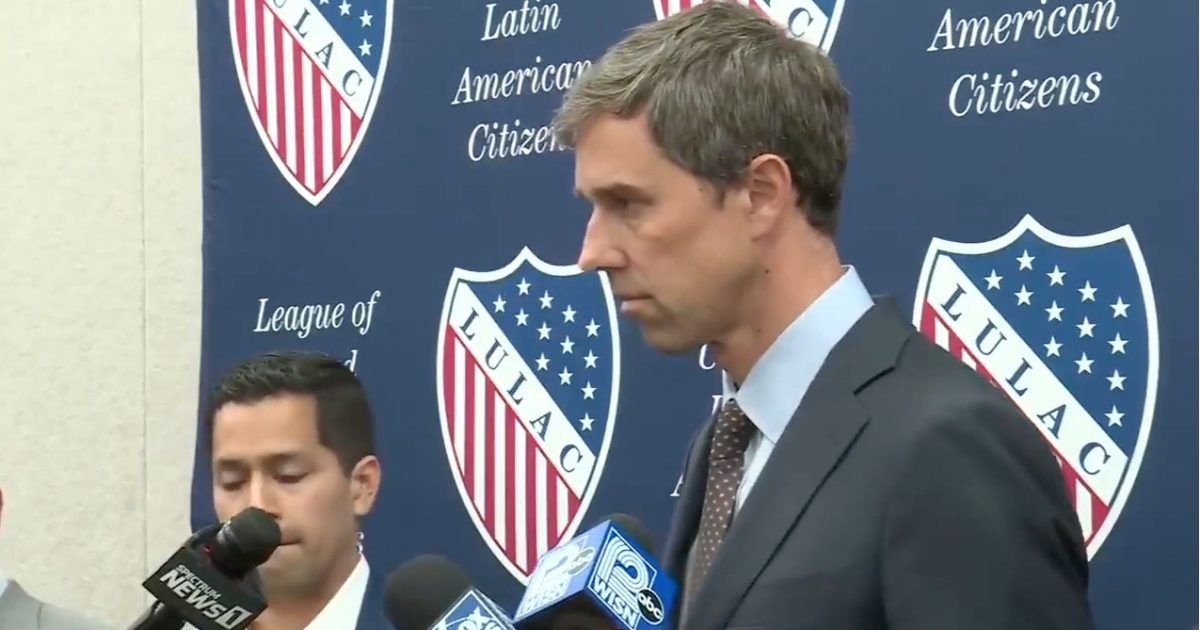 2020 presidential candidate and former Representative Beto O’Rourke (D-TX) stated illegal aliens would not be “criminally prosecuted for being a human being,” in his administration if he were to become president.

O’Rourke made the comment at a campaign event in Wisconsin.

He went on to say there will be no reason for people to cross in between ports of entry, but he said if people do, they will not be criminally prosecuted because they are “seeking safety or shelter or refuge or asylum.”

Beto O'Rourke speaks in Milwaukee, WI: "In my administration, we are going to make sure that no one is criminally prosecuted for being a human being." pic.twitter.com/C0AdFJHxBO

O’Rourke also disclosed that his family, as well as his wife’s family, owned slaves.

Something that we've been talking about in town hall meetings —  the legacy of slavery in the United States  — now has a much more personal connection. I was recently given documents showing that both Amy and I are descended from people who owned slaves. https://t.co/rGKKLqcoKf

O’Rouke is not doing well in the race to become the Democrat nominee for president so he is going to the extreme to get attention.