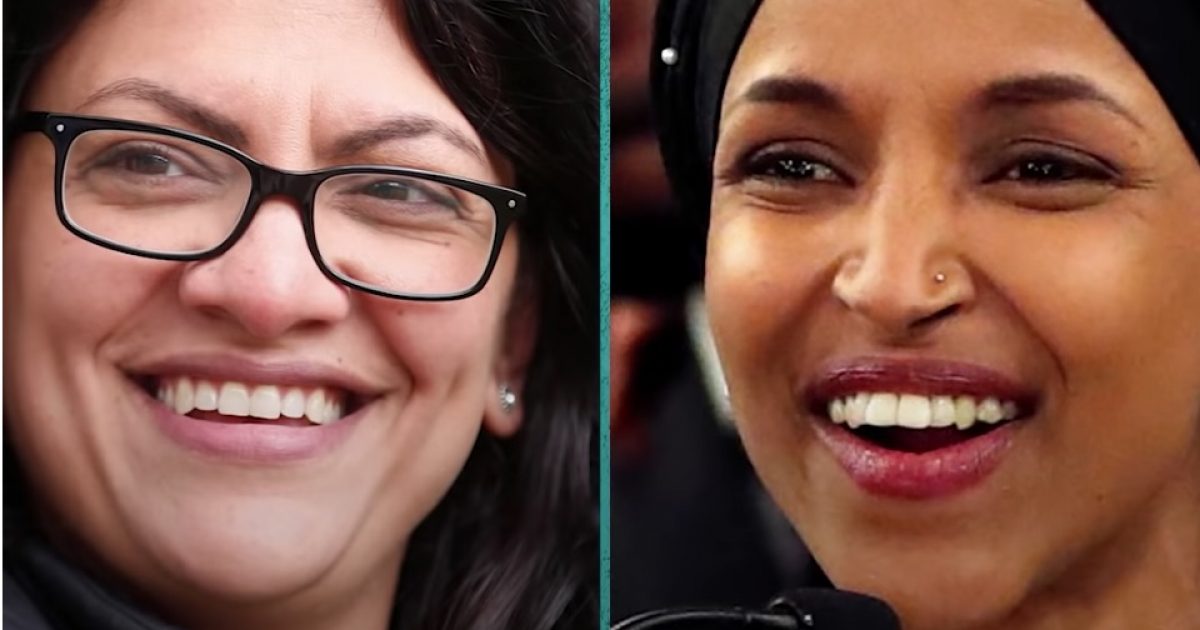 Representative Ilhan Omar (D-MN) and Representative Rashida Tlaib (D-MI) share a hatred towards Israel in their words and actions.

Omar and Tlaib introduced a resolution “supporting the right to boycott Israel.”

U.S. Rep. Ilhan Omar proposed a resolution this week supporting the right to boycott Israel, likening the boycott of the Jewish state to boycotts of Nazi Germany and the Soviet Union.

Omar’s resolution seeks to push back against U.S. laws banning the boycott of Israel and affirms the right of Americans to organize boycotts of foreign countries if they so wish.

A “List of Racist Statements by Members of the ‘Squad’ (So Far),” published by Breitbart, shines a light on the outrageous statements made by House freshmen Omar, Tlaib, Alexandria Ocasio-Cortez (D-NY), and Ayanna Pressley (D-MA).

In February, Omar tweeted, “It’s all about the Benjamins baby,” suggesting (falsely) that a pro-Israel group, the American Israel Public Affairs Committee (AIPAC), bribed members of Congress to support Israel.

Tlaib believes that the State of Israel has no right to exist and should be dismantled — a stance that lost her the support of the far-left J Street organization, which likes to maintain the pretense of support for a two-state solution.

Israel is our best ally in the Mid East; a beacon of hope, freedom & liberty, surrounded by existential threats. Shame on Rep @Ilhan Omar for bringing her hateful twist on that reality to House Foreign today, propping up the BDS movement & blaming Israel for all of its challenges pic.twitter.com/y975D0JCaC

These progressive freshmen representatives are the face of the Democratic party pushing an extreme socialist agenda and spreading hateful and racist messages.