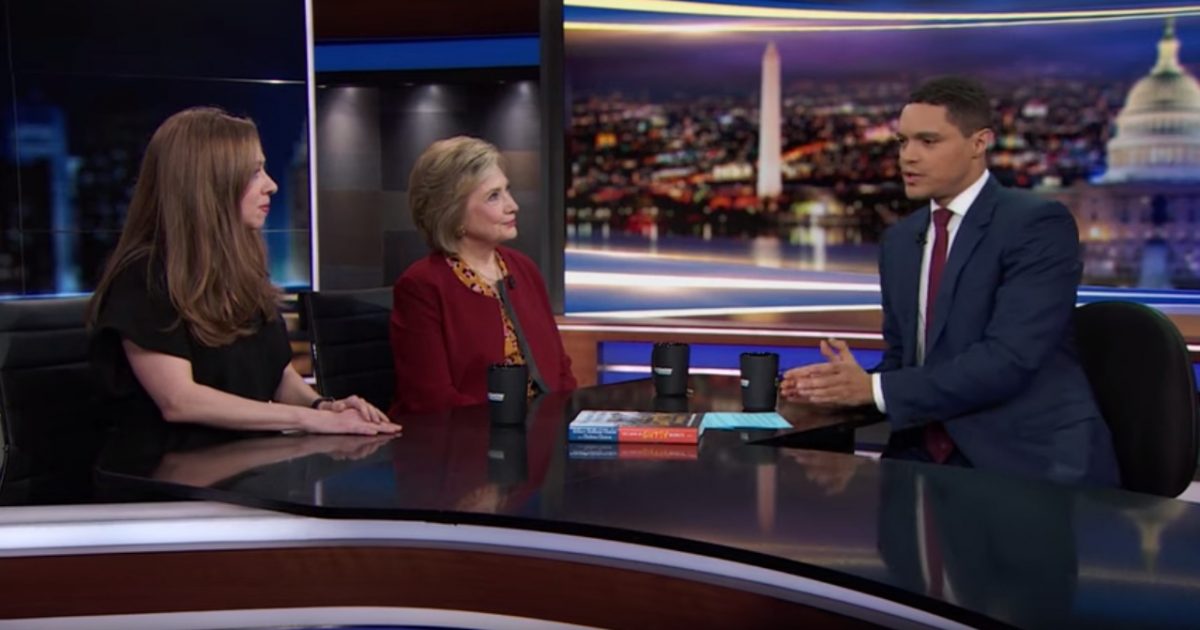 Hillary Clinton and her daughter Chelsea Clinton are making the rounds on the TV circuit to promote their book “The Book of Gutsy Women.”

During an interview on The Daily Show, host Trevor Noah asked Hillary, “I have to ask you a question that has been plaguing me for a while: How did you kill Jeffrey Epstein?”

Noah summarized his question asking, “Honestly, what does it feel like being the boogeyman to the right?”

Hillary laughed at the question and responded by saying the reaction by some is surprising, and denied knowing what she has done to generate such responses. Hillary said, “Honestly, I don’t know what I ever did to get them so upset.”

Former President Bill Clinton was known to have traveled with Jeffrey Epstein who recently died while being held at the federal Metropolitan Correctional Center in New York.

Bill Clinton released a statement about Epstein in July.

The New York City medical examiner determined Epstein killed himself but numerous questions remain surrounding the death of the pedophile.

Hillary thanked Noah for having her on the show.

The rumors are true: @ChelseaClinton and I are @TrevorNoah fans. Thanks for having us on to talk #gutsywomen, @TheDailyShow! https://t.co/aWdYDrDzpS pic.twitter.com/RYuGXmkRi9

Hillary’s constant presence in the media is fueling speculation she might run for president for the third time.

Bill Clinton also hinted at another presidential run for his wife.

“She may or not ever run for anything, but I can’t legally run for President again.” – Bill Clinton leaving the door open on @HillaryClinton running for President in 2020. #StillWithHer #Hillary2020 pic.twitter.com/gDrmcR0ax1