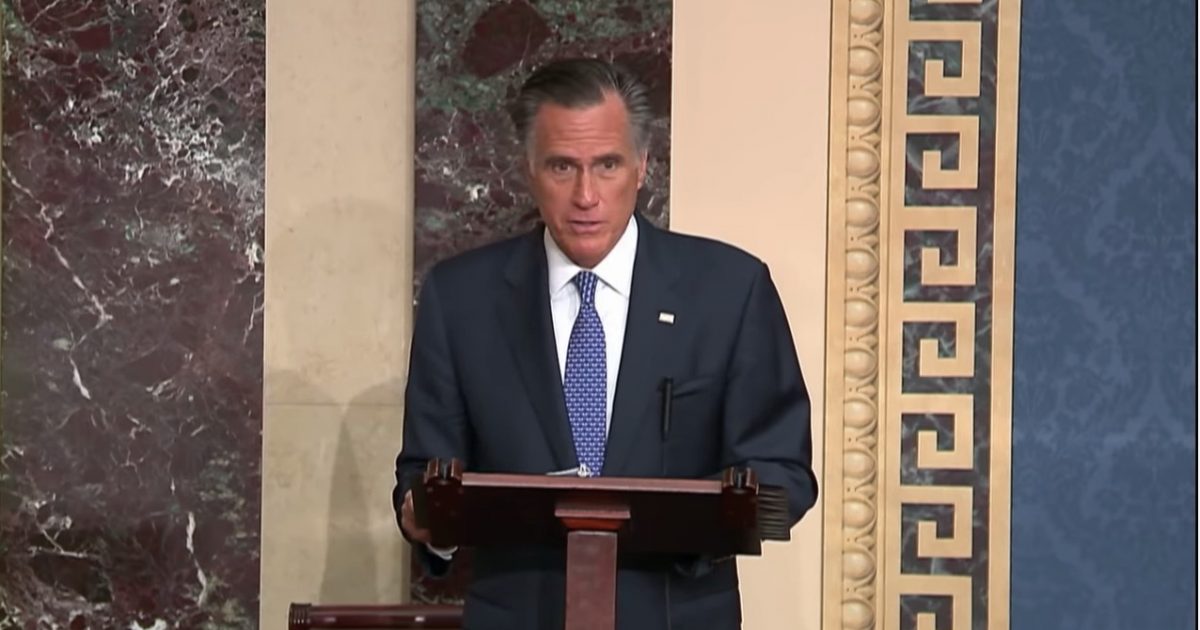 Romney made a great speech, logical, well reasoned, emotional and true. It honestly looks as if #Romney is the ONLY person of courage in the entire party. THAT’S THE REAL OUTRAGE.

Thank you for doing what’s right, @MittRomney. History will remember you as a decent, courageous, man among cowards and fools. pic.twitter.com/YPQkDTex1p

Having proven Trump guilty, I asked if there was just one Republican Senator who would say “enough”

Who would stand up against this dangerously immoral president

Who would display moral courage

Who would do impartial justice as their oath required and convict

By siding with the anti-Trump efforts, Romney becomes a temporary friend of Hollywood and Democrats which is a bond that will not last.

Romney’s decision was bad for the country because, in reality, he voted for lowering the bar to impeach future presidents.

Clearly, Romney knows it was a bad call but he let his animosity against President Trump take precedence over what’s best for the country.