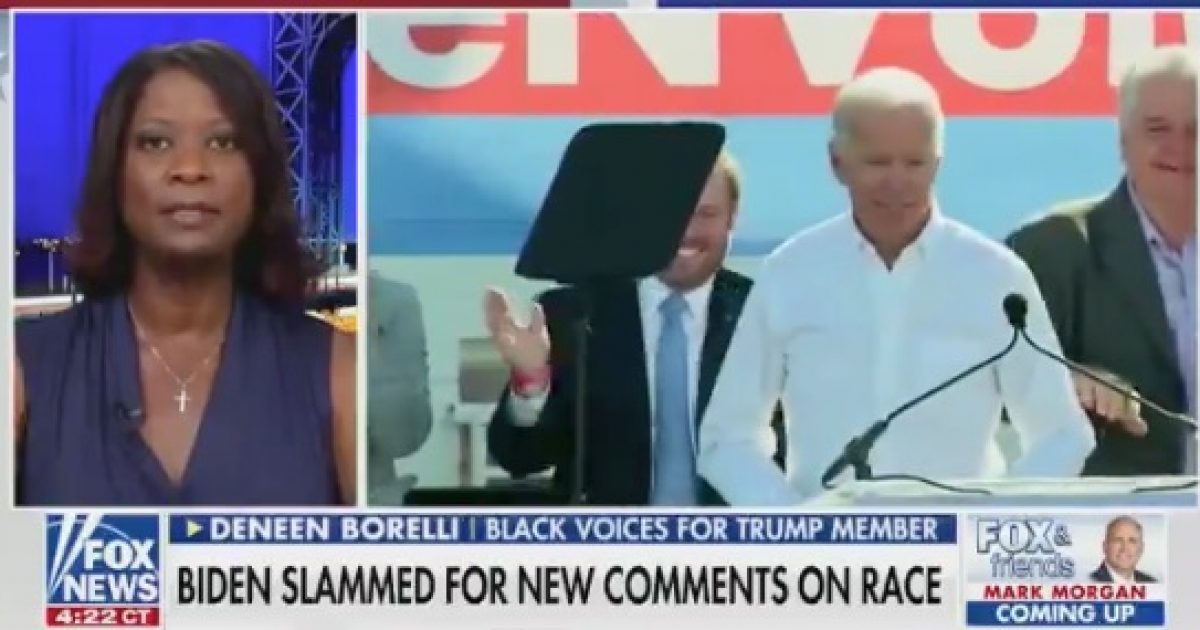 Former Vice President Joe Biden made headlines this week and not in a good way including making a derogatory comment about the Black community versus the Latino community.

.@JoeBiden: “Unlike the African-American community, with notable exceptions, the Latino community is an incredibly diverse community" pic.twitter.com/CFO4Q40jEI

Here’s a clip from my Fox and Friends First interview.

“It is absolutely outrageous….I think all Americans should be incensed about it.” pic.twitter.com/FoU3cZcoKq

Biden was criticized on social media.

What is wrong w/ @JoeBiden!?

He’s doubling down on his ridiculous diversity comment by saying Black people don’t come from other places.

It’s a big world, get out of your basement & campaign by apologizing to every Black person you meet. #NOMOREJOE pic.twitter.com/rsh1TFby1K

“After a while, it becomes impossible to ignore Biden’s patronizing and, frankly, insulting tone. This is a guy who obviously takes black support for granted. Biden clearly has some opinions on the black community, none of which seem quite flattering.” https://t.co/MR5UMBVD0G

This week, Biden was asked by a black reporter if his mental capacity was tested.

Biden didn’t like the question and became testy asking the reporter, “Are you a junkie?”

Joe Biden responds by asking Black male reporter if he’s taken a drug test, asking, “Are you on cocaine?”

Thankfully Joe did not tell him “You ain’t black”pic.twitter.com/lj9mbZqMXs

The former vice president thinks blacks don’t have independent thought and should vote only one way.

In context, Biden’s racist views are not new and in fact, go back decades.

When Biden was first elected to the Senate, he supported racist Democrat Senators that supported segregation, and let’s not forget he was a dear friend of the late Democrat Senator Robert Byrd who was a member of the Ku Klux Klan.