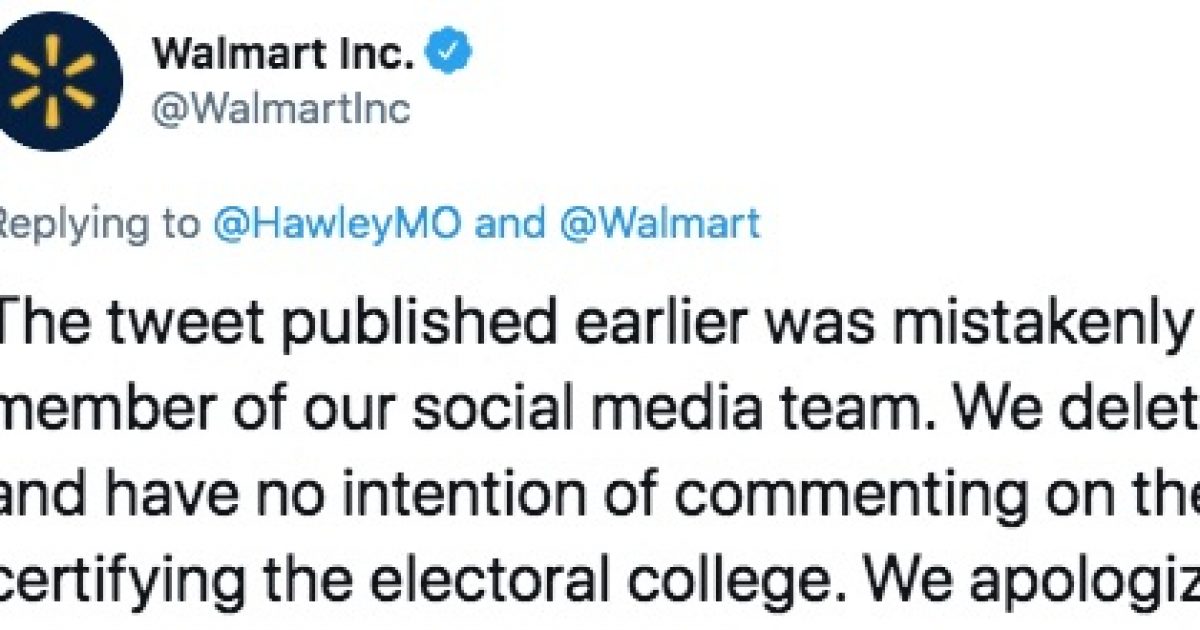 Senator Josh Hawley (R-MO) slammed Walmart after the big box store criticized him for supporting the effort to challenge the certification of Joe Biden as president by Congress on January 6.

Millions of voters concerned about election integrity deserve to be heard. I will object on January 6 on their behalf pic.twitter.com/kTaaPPJGHE

Here is Walmart’s response to Hawley’s tweet where he stated his intention of the presidential election certification. 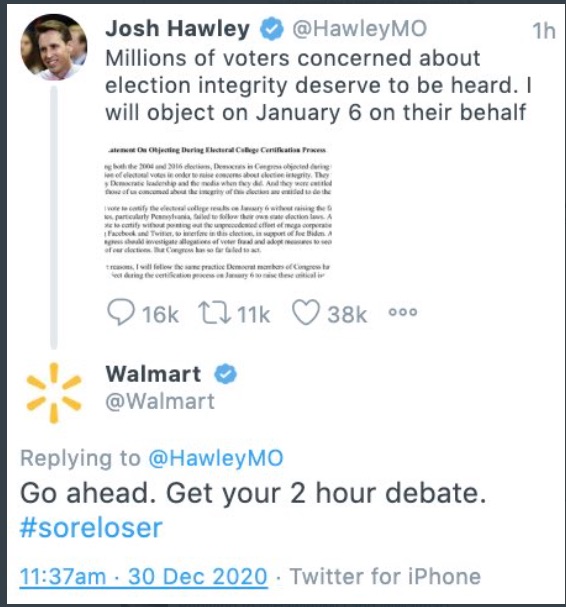 Hawley hit back at Walmart which included a comment where the Senator accused Walmart of using “slave labor.”

Thanks ⁦@Walmart⁩ for your insulting condescension. Now that you’ve insulted 75 million Americans, will you at least apologize for using slave labor? pic.twitter.com/oYJP4Cv2qE

Recognizing the response was developing into a public relations disaster, Walmart apologized on Twitter.

The tweet published earlier was mistakenly posted by a member of our social media team. We deleted the post and have no intention of commenting on the subject of certifying the electoral college. We apologize to Senator Hawley for this error and any confusion about our position.

Hawley continued his criticism of Walmart during a Fox News interview.

Somebody has to stand up. 74 million Americans are not going to be told their voices don’t matter pic.twitter.com/DMa7sRyoAh

Adding to the concern by Walmart was the company’s connection to China.

Walmart recognized it created a public relations crisis by weighing in on a controversial political matter and now it’s actively involved in a classic clean up aisle 5 moment.

Companies should stick to selling products and services and avoid getting involved in political commentary for the sake of their business and shareholders.