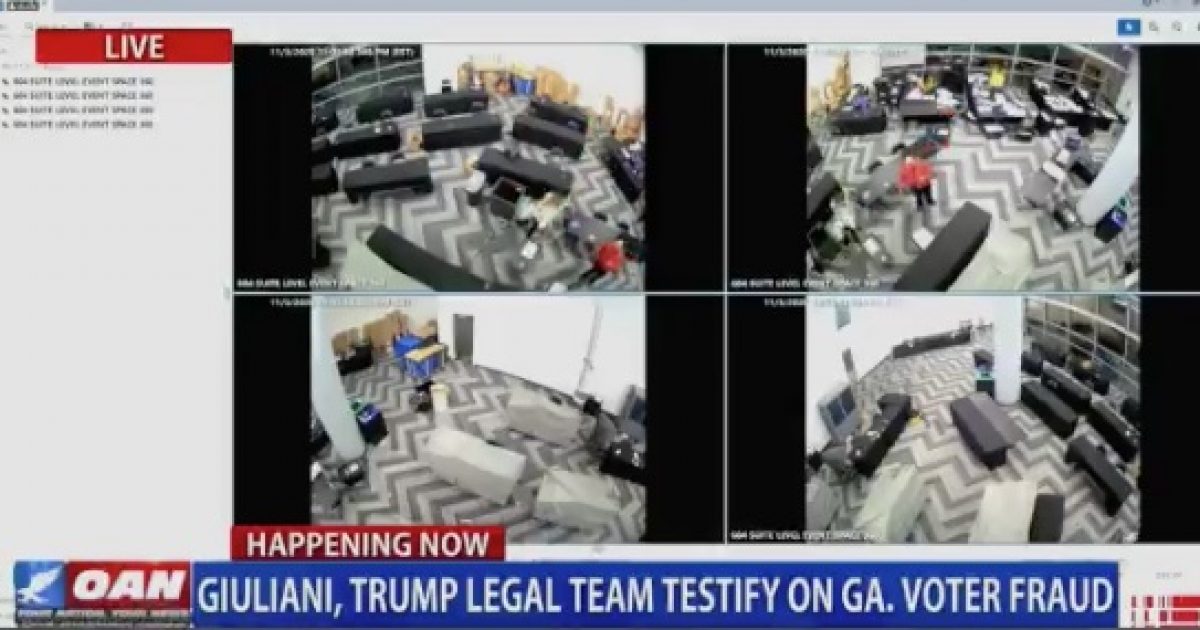 The Georgia State Senate held hearings on Thursday about the state’s election processes where allegations of voter fraud were presented from a surveillance video of ballot counting.

Ballot counting was conducted at the State Farm Arena in Atlanta.

Although supervisors had dismissed the poll workers, it’s reported four remained in the room.

The surveillance video shows poll workers removing suitcases containing ballots from under a table and then proceed to count the ballots without the presence of election monitors.

“WATCH: Video footage from Georgia shows suitcases filled with ballots pulled from under a table AFTER supervisors told poll workers to leave room and 4 people stayed behind to keep counting votes” https://t.co/zMejoys7Lc

The supposed video tape evidence alleges proof of ballots being counted without oversight. A subcommittee comprised of both Republicans and Democrats held a hearing at the State Capitol for perhaps the biggest bombshell presented to lawmakers from inside State Farm Arena.

.@JennaEllisESQ on the SHOCKING evidence presented to the Georgia State Senate pic.twitter.com/qSUubZ11Wv

Following the release of the surveillance video, Georgia Republican Governor Brian Kemp called for the Secretary of State’s office to have a signature audit of ballots conducted.

What took him so long???

This is BASIC election integrity ignored until now… pic.twitter.com/xK6fIJY2aj

Critics responded to the allegations of voter fraud on social media.

Has there been a single logical explanation for the suitcases of ballots video yet?

Its fraud. They never thought anyone would look at those tapes. If Trump conceded and didnt investigate, they would have gotten away with it.

They forgot the cameras were there. Otherwise they would have wiped the footage.

The “Republican” Governor of Georgia, @BrianKempGA, and the Secretary of State, MUST immediately allow a signature verification match on the Presidential Election. If that happens, we quickly and easily win the State and importantly, pave the way for a big David and Kelly WIN!

To maintain the integrity of our country’s election process, allegations of voter fraud in Georgia and elsewhere must be investigated and those involved must be held accountable if a crime was committed.