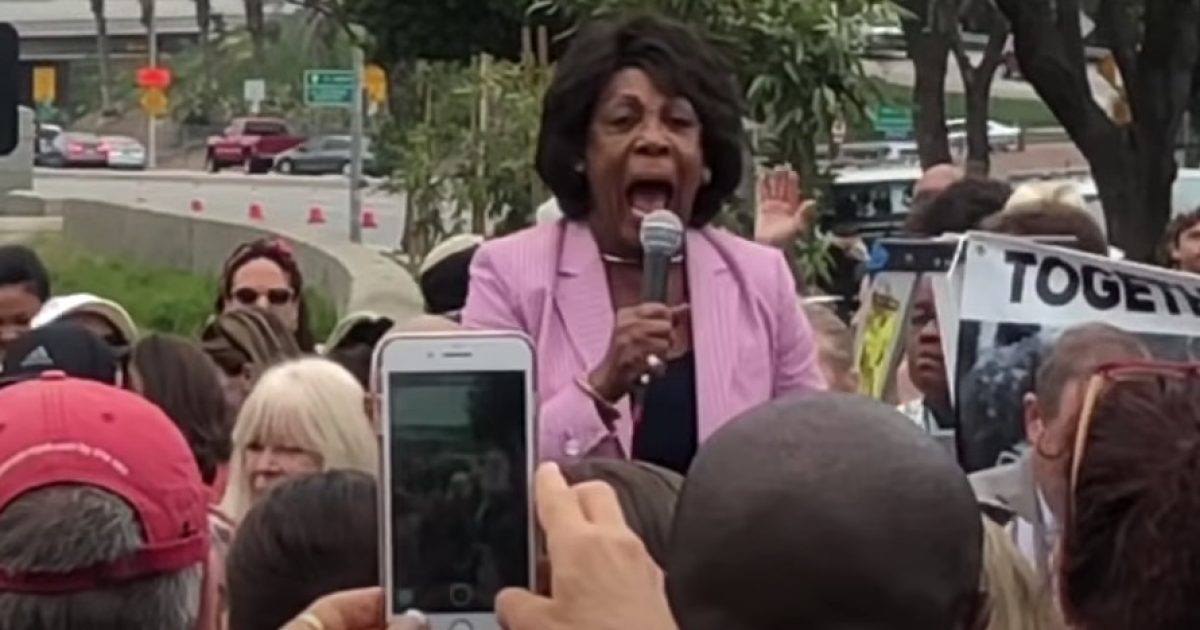 In 2018, Waters spoke to a crowd of supporters in California and blasted the Trump administration over the “’zero-tolerance’ immigration policy — and said ‘the people’ will ‘absolutely harass’ Trump staffers,” according to Fox News.

Prior to Waters’ speech, liberal activists were already stepping up their rebellion against Trump staffers.

Left-wing activists targeted then-Department of Homeland Security Secretary Kirstjen Nielsen, verbally abusing and heckling her at a D.C. restaurant, over the administration’s immigration policy causing her to leave the establishment.

Former White House press secretary Sarah Huckabee Sanders and family members were kicked out of a Virginia restaurant by the owner on “moral grounds.”

Appearing on MSNBC this Sunday, Waters denied statements she made during her speech even after she was shown the video of her calling for civil unrest.

Waters was asked, “Can you say that you have not glorified or encouraged violence against Republicans?”

“Absolutely, I can say it,” Waters replied.

Does she think the video of her calling for violence is just going to go away?

What planet is Maxine Waters living on?! https://t.co/ZJBd5Msvqv

Waters’ call for civil unrest were reckless and dangerous and it’s not surprising she denies doing so even with video proof that’s not going away.