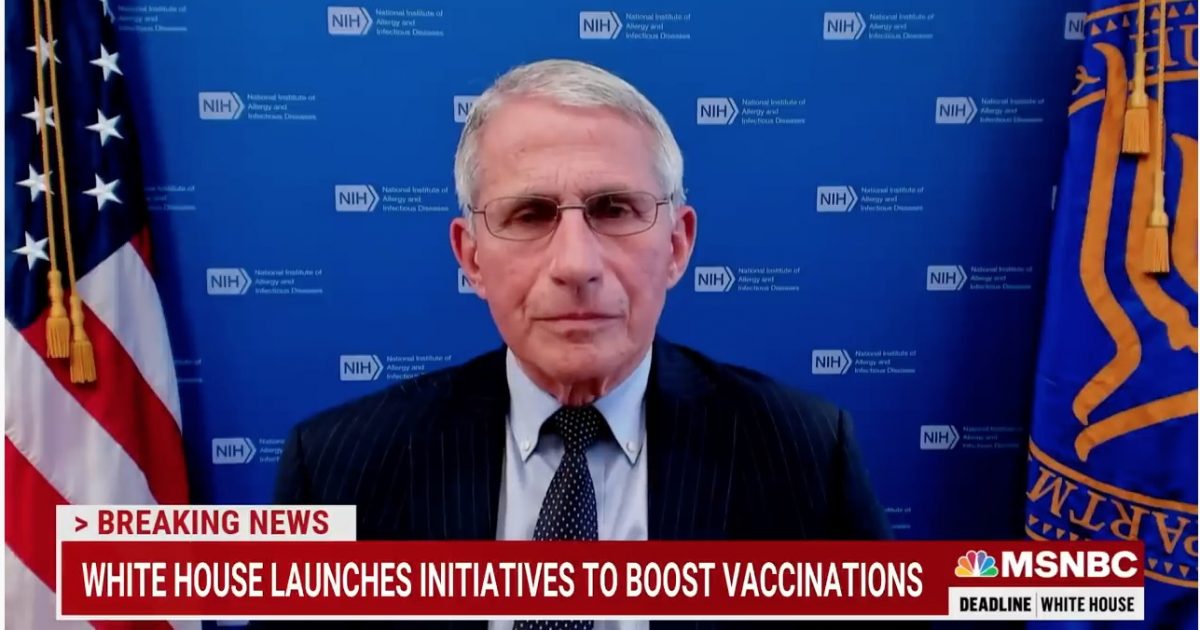 President Biden and the liberal news outlets are circling the wagons around Dr. Anthony Fauci following the release of thousands of his emails that document his actions and views during the early stages of the pandemic.

Psaki just said Biden continues to trust Fauci with public health after he was exposed for lying to the American People.

This should tell you everything about our ruling class

In contrast to Real America’s Voice News, Newsmax TV, One America News Network, and Fox News, liberal media outlets are not raising questions about the meaning of Fauci’s emails.

.@RobbyStarbuck: Fauci "gaslit people like us, he shamed us" and big tech "assisted him and the Democrats in censoring any voices that dissented"

Americans wrote to Fauci with very specific questions about what to do. Fauci offered advice.

He pushed back on the suggestion that the Trump White House was muzzling him.

Fauci gets a ton of email – and he replies to a surprising amount of it.

He was uncomfortable with his sudden celebrity.

But he found some upsides in fame, too.

MSNBC host Nicolle Wallace’s interview with Fauci didn’t delve into his emails for most of the interview.

When Wallace did ask, she actually complimented him on the way they looked.

“Well the true mark of someone is if they look good even when their personal e-mails come out,” the giggling host fawned, “So, you passed the test that very few of us would pass.”

Chinese virologist says, "there is a lot of useful information" in Dr. Fauci's emails – 'verifying my words from the beginning.' @Stinchfield1776. pic.twitter.com/AbfhWBGcmm

The media continues to divide the nation and is largely responsible for the political divide.

It’s unfortunate the liberal media is unwilling to take a critical look at individuals they favor.

Fauci made serious mistakes in his government role during the pandemic and it is possible his funding of the Wuhan laboratory to conduct research on bat coronaviruses resulted in the creation of COVID-19.

That’s a huge and important story that some Americans will not see or hear.

A serious pandemic should be about accountability, not politics.