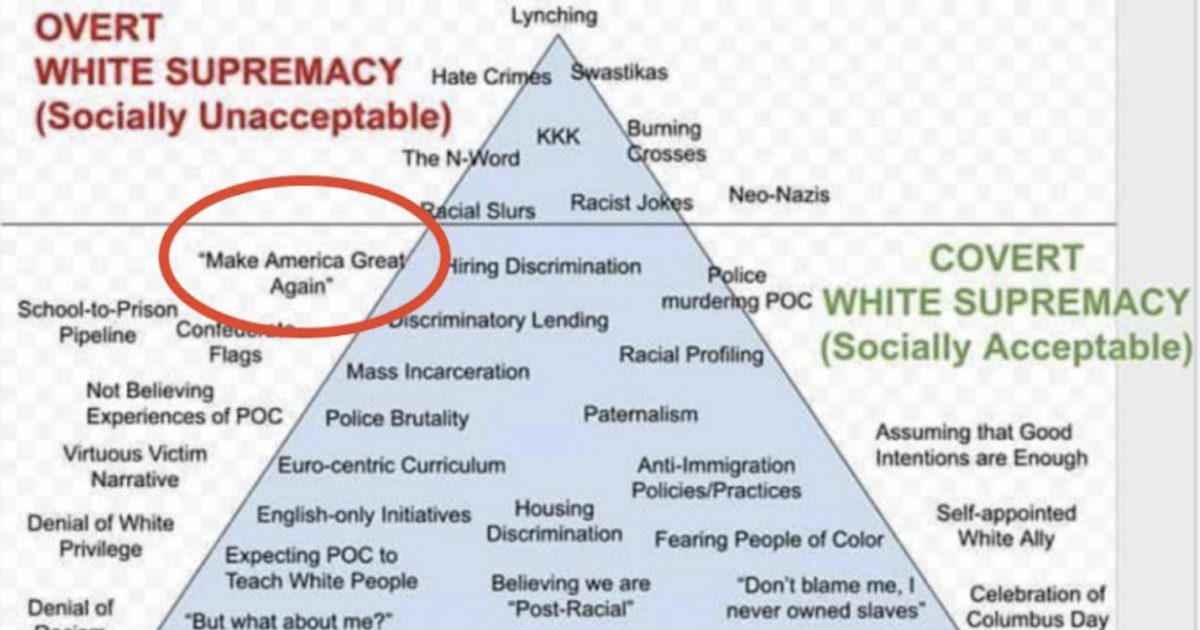 The Make America Great Again (MAGA) slogan is branded as “white supremacy” by some Iowa schools and was exposed through leaked training documents for teachers.

Benny Johnson posted on social media about mandatory training of Critical Race Theory (CRT) in some of the Iowa schools.

This is done through MANDATORY Critical Race Theory training FORCED on teachers at taxpayer expense.

Zero Hedge reports on the cited examples of racism:

Also listed as examples of white supremacy (both ‘overt’ and ‘covert’) are; Columbus Day, American immigration law, the belief that America is “post racial,” and mass incarceration. Johnson reports that hundreds of educators have been forced to to participate in the training, which will be taught to children across the district next semester.

The leaked information included a pyramid called “Examples of Racism Across Levels.” 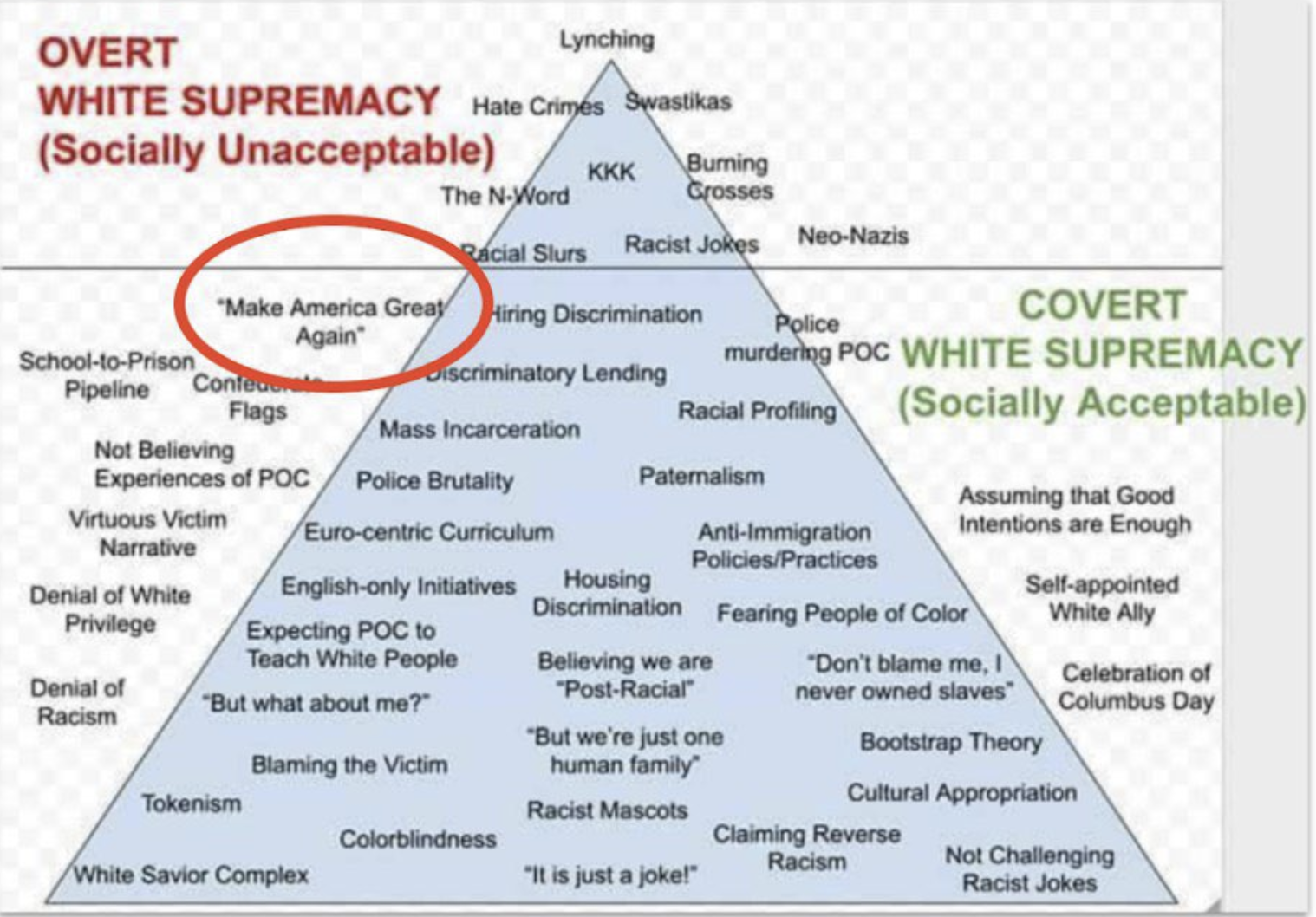 “This is indoctrination not education,” Reynolds said of CRT. “And it’s exactly why I took action to ban teaching divisive concepts and critical race theory in Iowa schools. Kids need to be taught how to think and not what to think.”

"This is indoctrination not education. And it’s why I took action to ban teaching divisive concepts and critical race theory in Iowa schools. Kids need to be taught how to think, not what to think.”

Criticism was posted on social media.

Here's the part where it turns out Iowa teachers were taught that saying "But we're just one human family" is white supremacy.

Next comes the part where prestige media write another 45,000 words explaining why CRT is a right-wing myth. https://t.co/IrLA0nROe1

Several states have already banned Critical Race Theory from their school systems and it’s imperative for others to follow suit to prevent these progressive racist teachings to America’s youth.

Parents must pay attention to what their children are being taught and take action if necessary.