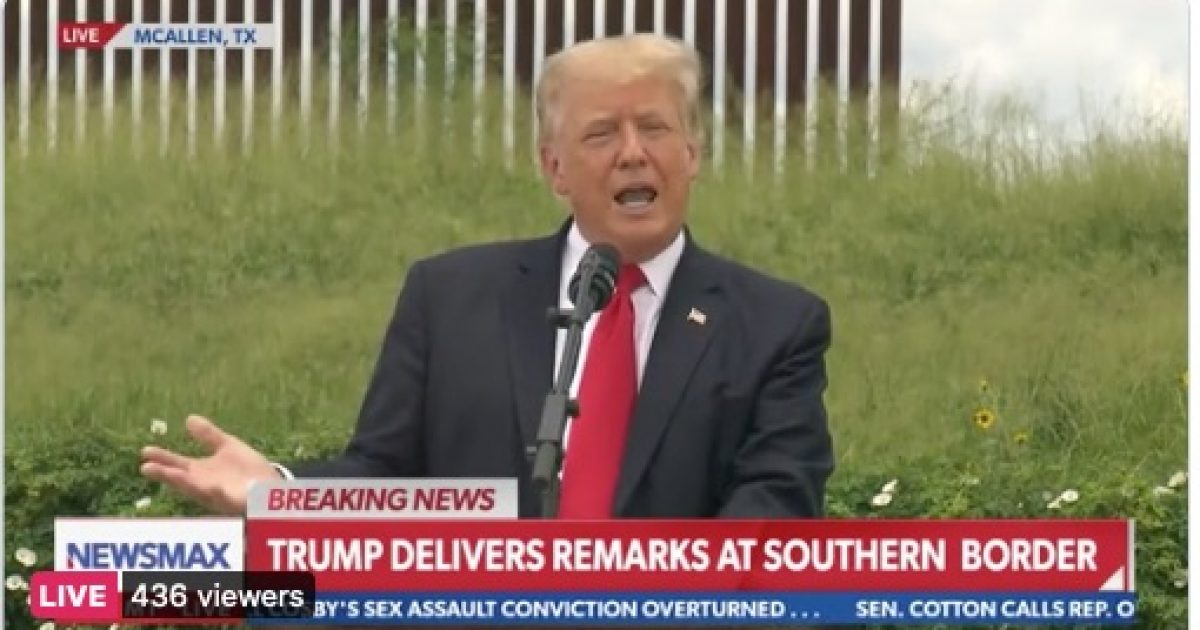 During a briefing at the Weslaco Department of Public Safety, Trump slammed President Biden and Vice President Harris for creating the border crisis.

Making a reference to Harris’ trip last week to El Paso, Texas, Trump said he was going to a location at the border where there “are real problems.”

"We're going over to the border right now— but we're going to the *real* part of the border where there are *real* problems— not a part where you look around and you don't see anybody." pic.twitter.com/KTiaDagOES

Critics noted Harris’ trip to Texas last week was hundreds of miles from where the crisis is happening.

In contrast, Trump went to a section of the Texas southern border at the foot of the border wall.

Trump also released a statement about his trip.

“Heading to the Southern Border, which as never, in our Country’s long history, been worse,” Trump said.

Trump added, “People are coming in by the millions! They are destroying our country!”

Importantly, Trump emphasized his border plan was working and Biden and his team didn’t have to do anything to keep it secure.

Trump drew a large presence from the media.

Lots of media present for Trump and Gov. Abbott’s upcoming tour of a border wall section in Texas. pic.twitter.com/qL6YEuvps5

Traveling to the southern border is smart politics and policy.

Concerns about the border is hurting Biden in the polls and Trump’s visit is going to bring national attention to the crisis that the current president created.

In addition, national attention on the border crisis could push Biden and some other Democrats toward policies to secure the border but given the state of the Democrat Party, that is unlikely to happen.