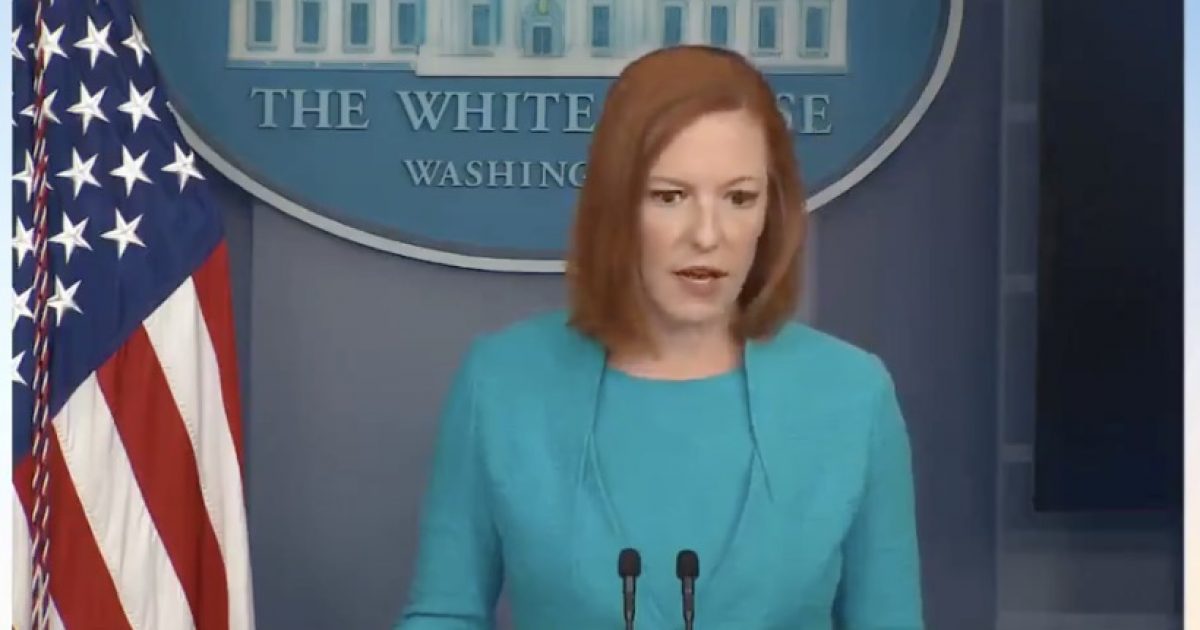 Psaki admitted the collaboration during Friday’s press briefing and called for Big Tech companies to work together, saying, “You shouldn’t be banned from one platform and not others.”

Press Secretary Jen Psaki told reporters Friday’s press briefing that the White House is “regularly” coordinating with Facebook, Twitter, Instagram, and other Big Tech giants on the “latest narratives dangerous to public health” that the administration wants to be censored.

Texas Florida Senator Ted Cruz reacted to Psaki’s admission of the Biden administration working with Big Tech on Fox News, saying, “It’s undoubtedly collusion,” and that the White House is “in bed” with Big Tech.

Jen Psaki says if you are banned on one social media platform you should be banned on all others.

The left:
“It’s a private company they can do what they want!”

Why isn’t @PressSec banned for spreading disinformation?@politico has never corrected this outrageous lie.

Why is @maggieNYT silent? https://t.co/W8NAZAPZFA

Let’s be clear, the White House is openly admitting to collusion with Big Tech to illegally strip Americans of their First Amendment right to free speech.

This is harmful disinformation. Jen Psaki needs to be banned from every social media platform https://t.co/BQp0EInaEV

The institute posted about Psaki’s admission and others connected the dot that the case was made for the Big Tech lawsuit.

Jen Psaki confirms that the Biden administration is flagging posts for censorship.

What the woke millenial idiots at the White House didn't realize is Jen Psaki's facebook post-flagging admission, which we now have on video, JUST MADE THE CASE FOR THE FRIGGIN LAWSUIT!!!😭😭😭🤣🤣🤣

Ironically, by working with Facebook, the White House is validating the concern expressed in the Trump lawsuit. Essentially, Facebook is acting as an agent of the federal government’s effort to silence free speech.

The federal government can’t ban speech nor should Facebook act as its agent.

The Biden administration shouldn’t be working with Big Tech to censor people but should do a better job getting credible information out to the public and directly challenge misinformation about the virus and vaccines.