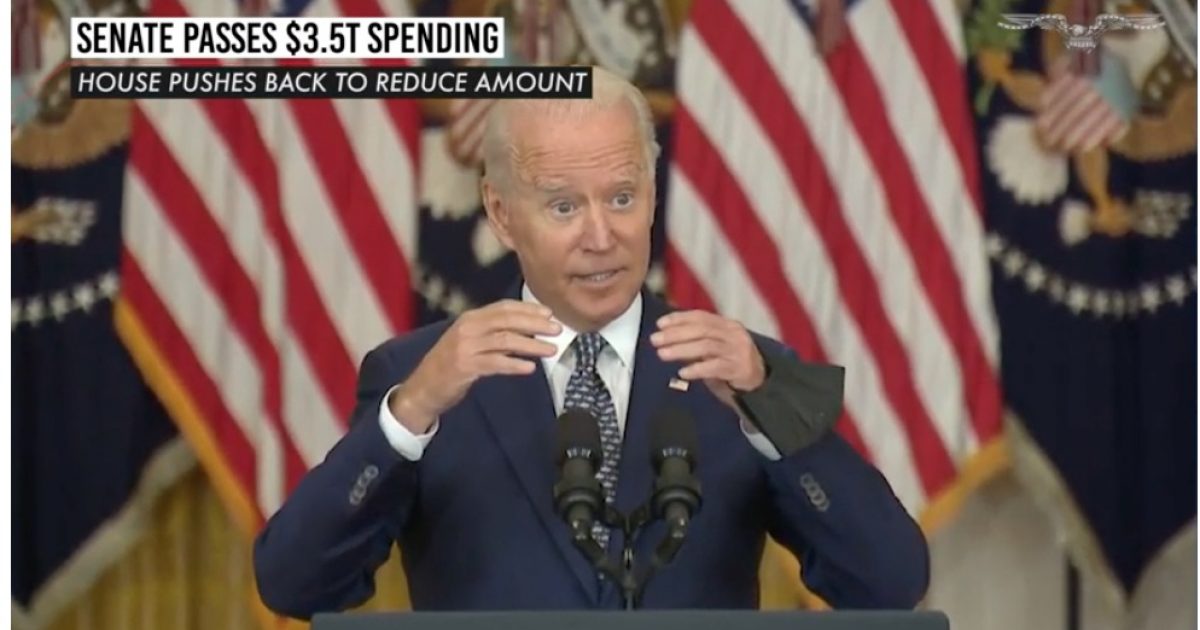 The latest inflation numbers from June showed a 5.4 percent jump in prices.

“That’s the same as June’s 5.4 percent year-over-year rise in prices, which marked the biggest 12-month rise since August 2008, just before the financial crisis sent the US into the worst recession it had seen since the Great Depression.”

A Fox News poll found inflation is at the top of the list of concerns expressed by registered voters. 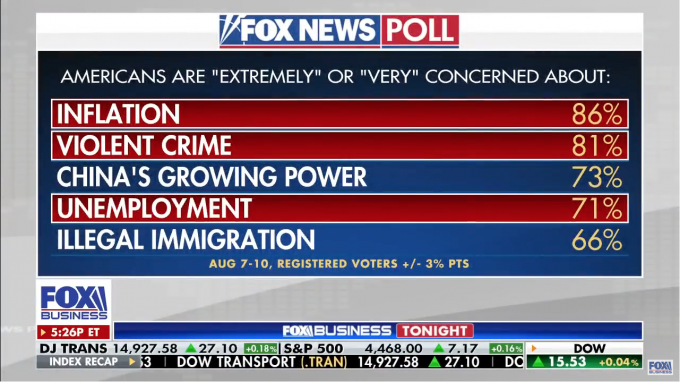 Most concerning for Biden is the Fox News poll found 79 percent feel government policies are responsible for the rise in inflation. 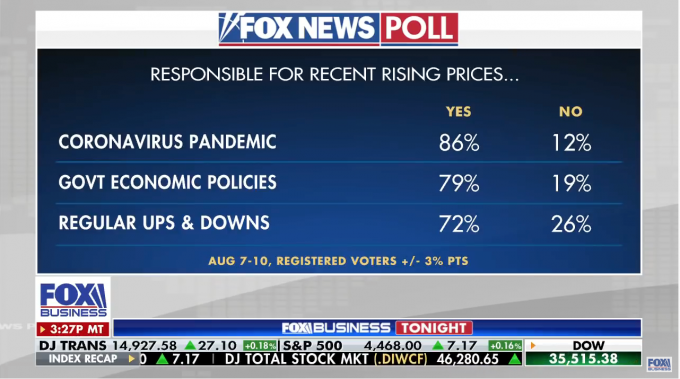 A Newsmax graphic showed the rise in inflation over the past year. 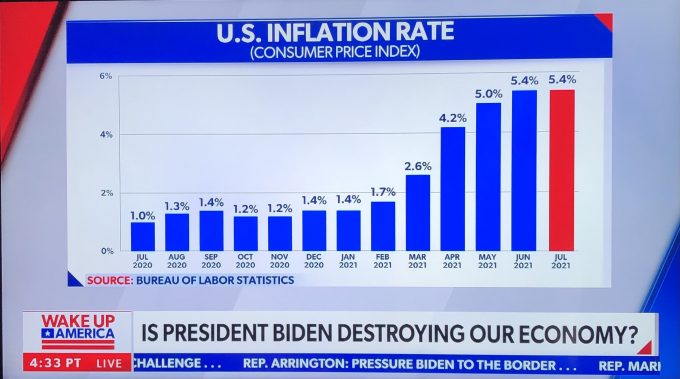 Inflation is becoming a political problem for Biden as it is complicating his overall support and is also threatening his agenda.

My statement raising concerns about the consequences of passing a $3.5 trillion budget: pic.twitter.com/gGsEXcVTxd

The Examiner reports on Biden’s comments about inflation during a recent speech.

Biden conceded Wednesday during an economic speech that middle-class families were “feeling the pinch.” But he painted a rosier picture of the problem before contending his infrastructure frameworks would provide struggling families with more “breathing room.”

“If your primary concern right now is the cost of living, you should support this plan, not oppose it,” he said from the White House.

Former President Trump jumped on a series of Biden’s failures including inflation in a statement.

“Tragic mess in Afghanistan, a completely open and broken Border, crime at record levels, oil prices through the roof, inflation rising, and taken advantage of by the entire world—DO YOU MISS ME YET?”

Suddenly, a number of policy issues are adversely impacting Biden and inflation is at the top of the list and that’s not surprising.

After all, of all the issues, inflation directly affects Americans on a daily basis when they fill up their car with gasoline and shop at supermarkets.