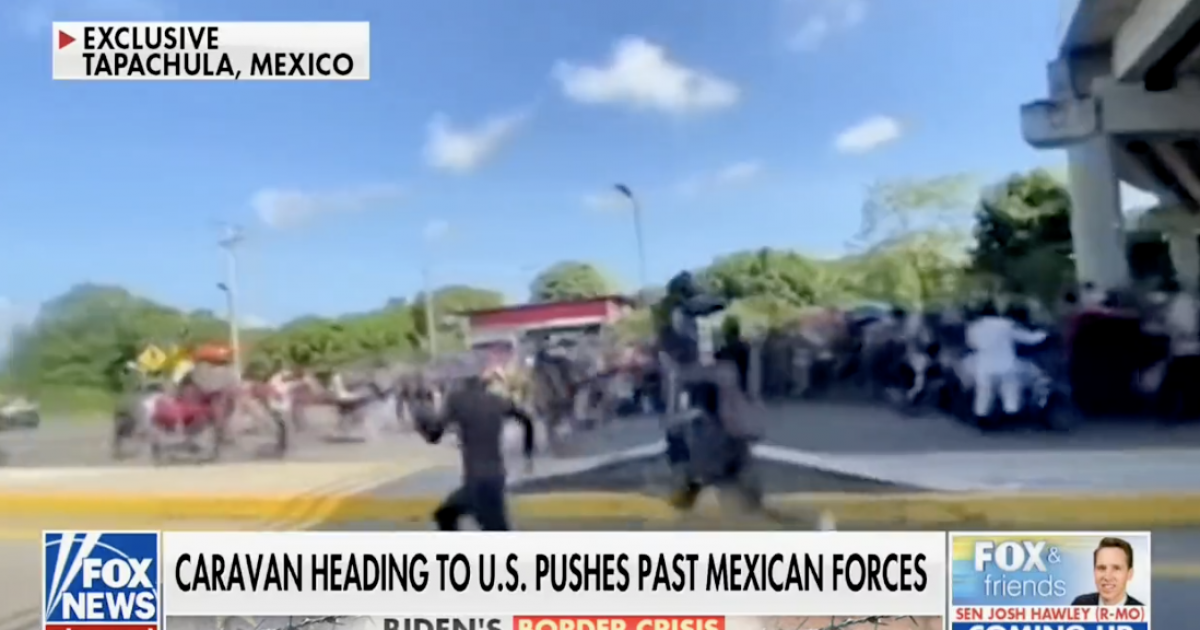 Thousands of migrants clashed with Mexican security as they head towards the U.S.

The migrants are making their way from Tapachula, Mexico.

Migrant caravan of 2,000 in Mexico continues march to the US https://t.co/RRY1PWEyNm pic.twitter.com/fCmaBzTsfx

Some migrants carried signs with President Biden’s name and a caravan leader said, “…the Biden administration’s policies are like a cattle call to these migrants, enticing them to come to the border.”

Fox News’ @BillFoxLA: “Thousands of migrants in a brand new caravan literally forcing their way through” to the United States.

The caravan’s leader says “the Biden administration’s policies are like a cattle call to these migrants, enticing them to come to the border.” pic.twitter.com/3K9EMORRMQ

Migrant caravan cooling off in a river after day 2 of traveling towards the U.S.#BidenBorderCrisis pic.twitter.com/igeCstC0Yo

The caravan invasion is at hand and America exceptionalism is being diluted. It’s part of the grand global reset plan.
Migrants infected with diseases unleashed upon the nation massively expands dependency, Democrats power, and world domination.
pic.twitter.com/TpRNw96oAy

Under Biden, a record number of migrants have been arrested at the U.S.-Mexico border fiscal year 2021.

While thousands of migrants continue to make their way to the U.S., the Biden administration continues to ignore the catastrophe along our southern border.