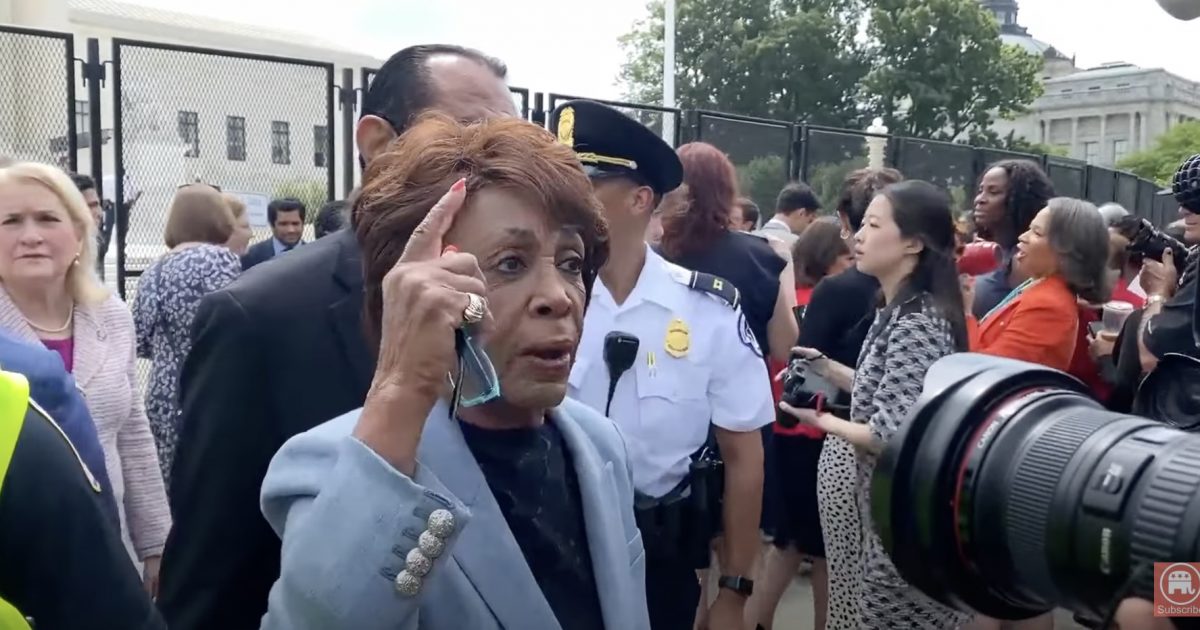 “The hell with the Supreme Court. We will defy them. Women will be in control of their bodies,” said Waters.

She added, “And if they think Black women are intimidated or afraid, they got another thought coming.”

Waters was outraged over the Supreme Court ruling that ends federal approval for abortion nationwide. The ruling does not prohibit abortion but leaves the power to regulate the procedure to the states.

She made her comments outside of the Supreme Court building in Washington, D.C.

Waters’ comments were criticized on social media for advancing insurrection.

Maxine Waters is going BALLISTIC outside the Supreme Court. Send this video to the FBI. She is going to start an insurrectionhttps://t.co/SQAaxzzKva

New York Democrat Representative Alexandria Ocasio-Cortez was also outraged over the Supreme Court decision and her comments were criticized for pushing an insurrection.

AOC told people that the ruling is “illegitimate” and that it “endangers the lives” of “all birthing people.” What a crock of crap! Arrest her and Maxine Waters for insurrection! https://t.co/yneeXmfptt

Hey stupid AOC. That is against the law and you just violated 18 U.S. Code § 2383 – Rebellion or insurrection. Congress person needs to know the law, but YOU don't. Lock her up along with Maxine Waters. https://t.co/t6fNlOdl0T

Dr. Tom Borelli commented on Newsmax TV that the comments by Waters and Ocasio-Cortez are reckless and dangerous especially in light of the apparent assassination attempt against Supreme Court Justice Brett Kavanaugh and the numerous attacks against pro-life pregnancy centers.

Tom is right – now is not the time for elected officials to make emotional arguments against our system of government and comments that can incite the Democrat mob.