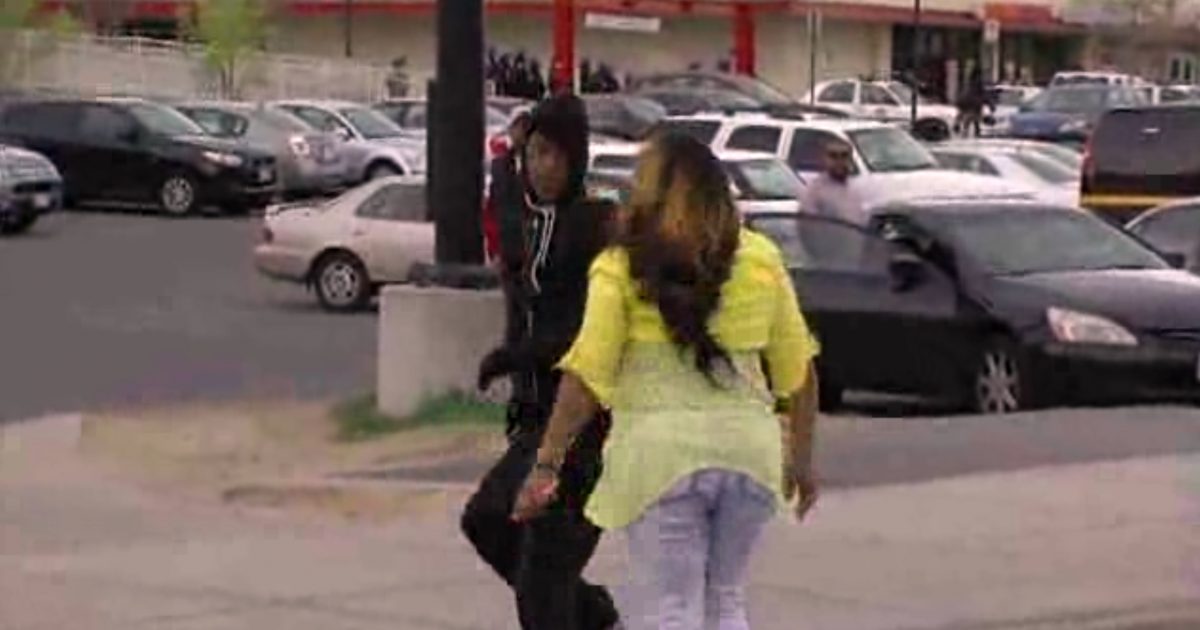 This mother goes hood on her son! Should she get the mother of the year award? Or should she have done this years ago?

Either way, shes getting some jabs in that are sure to get her sons attention. Hopefully more mothers will take charge of their sons who are destroying their communities.

NBC BALTIMORE –Video taken during riots in Baltimore shows a woman hitting a young man, believed to be her son after catching him participating in the riot.

According to WMAR-TV, the mom saw her son throwing rocks at police on television.

The video shows the mother chasing the man and smacking him repeatedly as he tries to leave.

Commissioner Anthony W. Batts from the Baltimore Police Department told reporters, “If you saw on one scene, you had one mother who grabbed her child who had a hood on his head and she started smacking him on the head because she was so embarrassed. I wish I had more parents that took charge of their kids out there tonight.”

Visit here for more on WoundedAmericanWarrior.com