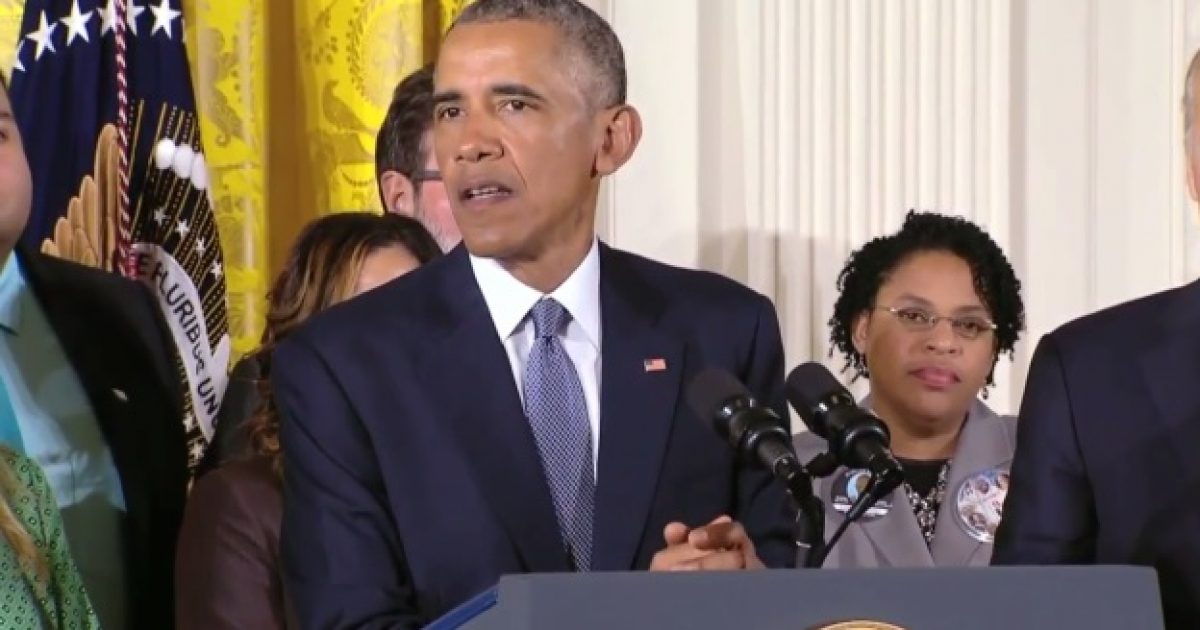 The answer to reducing gun violence is not to make it harder for law-abiding citizens to purchase firearms. But once again, what does the White House care about reality?

Under new gun restrictions proposed by the President, more firearms sellers have to be registered as licensed “gun dealers,” but here’s where it gets confusing: the White House failed to establish a sales benchmark that would require licensure, so nobody would really understand the rules or what’s expected of them.

President Obama announced plans Tuesday to expand background checks to almost anyone buying a firearm from a dealer and make other gun rule changes via executive action — bypassing Congress and fueling an election-year fight with Republicans. “Everybody should have to abide by the same rules,” Obama said.

The president, speaking at the White House, said background checks “make a difference” and will be expanded so that they can cover purchases online, at gun shows and in other venues. This would put the onus on most sellers to get a license and conduct the checks.

“Anybody in the business of selling firearms must get a license and conduct background checks or be subject to criminal prosecutions,” he said. Obama was flanked by victims of gun violence and introduced by Mark Barden, whose son was killed in the Sandy Hook mass shooting.

According the The White House:

Today, the Administration took action to ensure that anyone who is “engaged in the business” of selling firearms is licensed and conducts background checks on their customers.

…Quantity and frequency of sales are relevant indicators. There is no specific threshold number of firearms purchased or sold that triggers the licensure requirement. But it is important to note that even a few transactions, when combined with other evidence, can be sufficient to establish that a person is “engaged in the business.” For example, courts have upheld convictions for dealing without a license when as few as two firearms were sold or when only one or two transactions took place, when other factors also were present.

Is that subjective and vague enough for you? What could possibly go wrong?…

This kind of “enact the law now and sort the details out later” mentality only leads to confusion and abuse of authority. Not only is Obama’s attempt at unilateral executive action unconstitutional, but the rules he’s trying to force into law don’t even make sense.