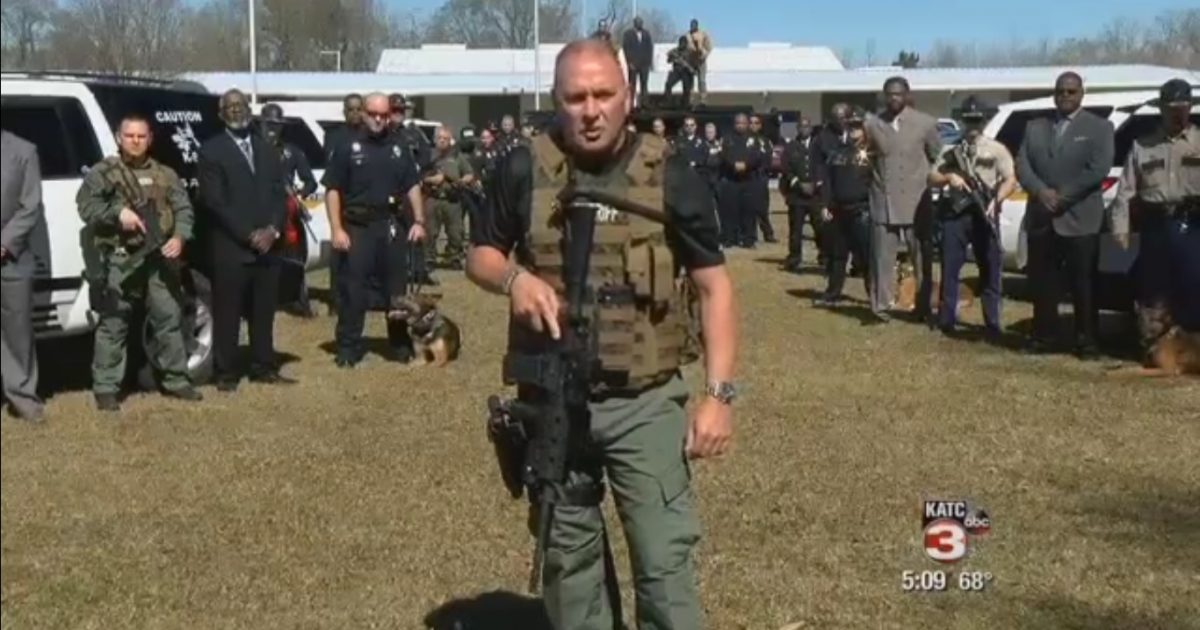 Earlier this week, Louisiana Police Captain Clay Higgins – known as “America’s Toughest Cop” – issued an absolutely epic video message to a gang terrorizing his community. In it, he calls out each of the wanted men by name, promising to hunt them down.

“You will be hunted. You will be tracked. And if you raise your weapon to a man like me, we’ll return fire with superior power,” said Captain Higgins in a video message, as he stood flanked by officers from more than a dozen Louisiana law enforcement agencies and leaders from Louisiana’s black community.

Captain Higgins continues, “You think men like these are afraid of an uneducated, 125 lbs punk like you? That’s never won a fair fight in your life, and holds your gun sideways?”

“I’ll meet you on solid ground anytime, anywhere, light or heavy, makes no difference to me. You won’t walk away.”

You have got to see this: