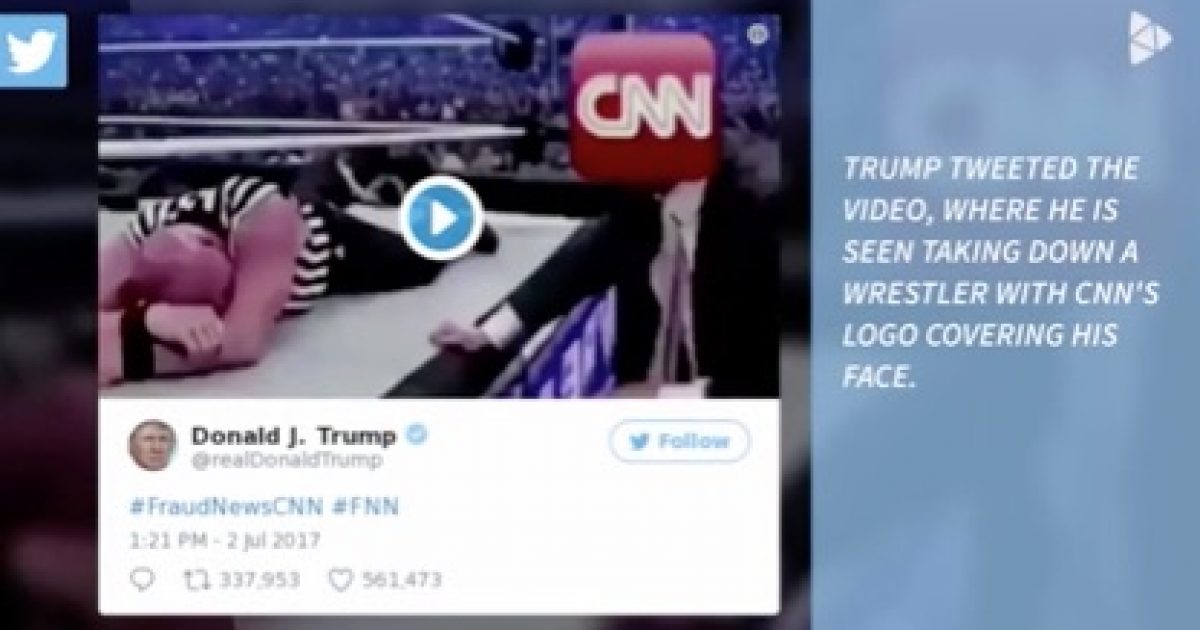 CNN’s credibility has sunk to an all time low.

On Tuesday, CNN received significant backlash after threatening to expose the identity of a Reddit user that apparently created a meme of Donald Trump body-slamming the network’s logo.

CNN tracked down the Reddit user, “HanA**holeSolo,” who claimed credit for the wrestling video of Trump body-slamming CNN’s logo imposed over the face of WWE CEO Vince McMahon from a 2007 wrestling event.

It’s also reported the Reddit user has a history of making antisemitic and racist comments.

Following an apology, CNN decided not to out the Reddit user’s identity, however, the network states they have the right to expose the individual’s identity if necessary.

Ultimately, CNN decided not to reveal his identity — not for safety reasons, but for political ones, apparently rewarding him for apologizing and recanting his views. In addition, CNN threatened to expose the Reddit user’s identity in future if it disapproved of his behavior or his statements — essentially blackmailing him:

CNN is not publishing “HanA**holeSolo’s” name because he is a private citizen who has issued an extensive statement of apology, showed his remorse by saying he has taken down all his offending posts, and because he said he is not going to repeat this ugly behavior on social media again. In addition, he said his statement could serve as an example to others not to do the same.

CNN reserves the right to publish his identity should any of that change.

The wrestling video makes CNN look bad but their thug response makes the network look worse and erodes any shred of credibility for the organization.

Clearly, CNN is out of bounds by threatening an individual that dared to mock the network.

The viral video was posted by President Trump on his Twitter feed and #CNNBlackmail became a top trending hashtag.