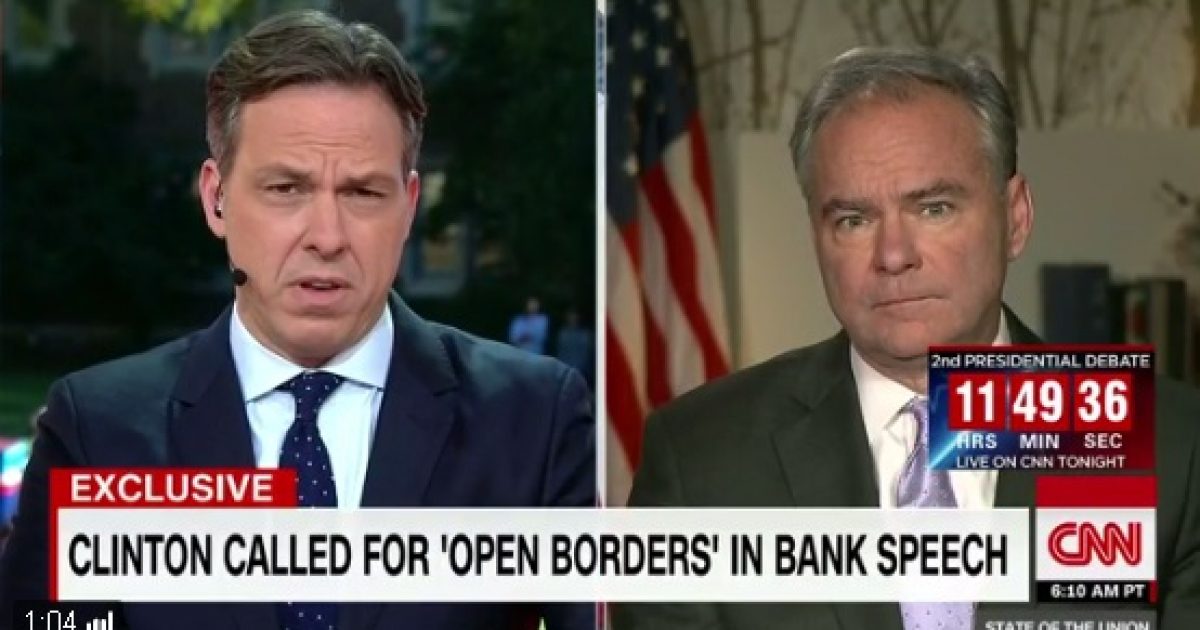 So Vice Presidential candidate Tim Kaine went on CNN this morning and it was… awkward.

In an interview with Jake Tapper, Kaine was asked about Hillary’s position on “open borders.” And in typical politician form, Senator Kaine gave a lengthy answer that went into detail about everything except the answer to the question. Finally, after about a minute’s worth of non-answer, Mr. Tapper again asked the original question.

Did you catch the end? Mr. Tapper repeats his question of whether Hillary does in fact have a “dream of open borders” and Kaine responds that he has “no way of knowing that.”

Seriously? That’s the best you can do? Tapper wasn’t impressed.