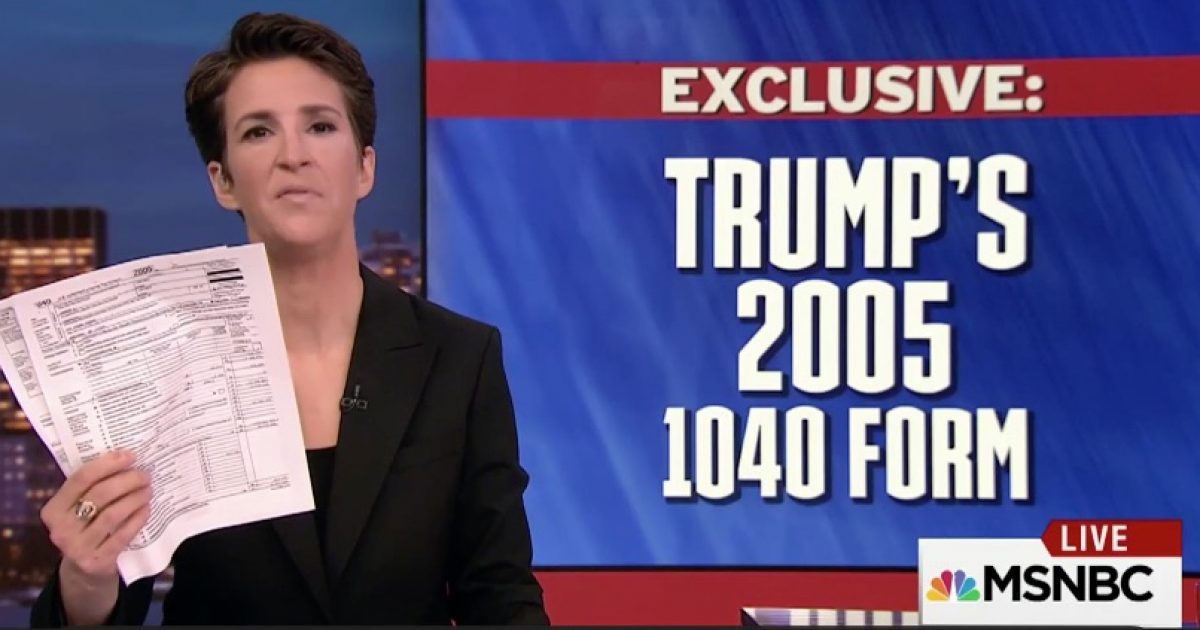 The left-wing media and Democrats are continuing their desperate strategy to undermine President Trump.

Since last year, claimed Russian connections and Trump’s taxes are the main lines of attack.

With great fanfare, Maddow promoted the revelation to draw viewers but her disclosure was a complete fail and she was promptly mocked on Twitter.

Chatter reached a fever pitch during her show as she discussed the specific information contained within the two pages of documents she had received from a D.C. reporter.

But the details she eventually divulged — which came from a 1040 form from 2005 and showed that Trump paid $38 million on more than $150 million in income — drew mixed response.

Many, including Trump critics, complained that the revelation was unworthy of the uproar it had incited on social media.

Attempts by the Democrat media alliance to discredit Trump will backfire.  The public already doesn’t trust the media and Maddow’s attack only exposes the degree to which news organizations have lost all objectivity and the zeal the left has to discredit Trump.

Ironically, this failed effort will only strengthen Trump.