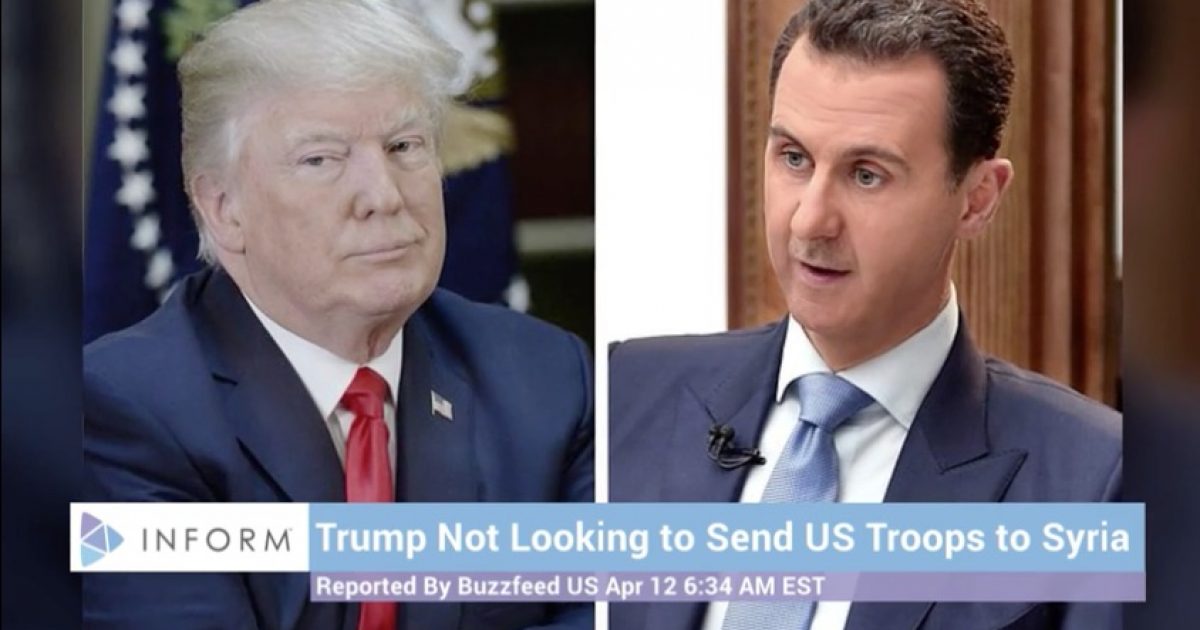 President Trump clarified his foreign policy priorities in interviews with The New York Post and the Fox Business Network.

Speaking with Post columnist Michael Goodwin, Trump emphasized his priority is ISIS not Syria.
Amid complaints that his aides are saying different things about Syria and his policy is confusing, President Trump emphatically cleared the air.

The president, speaking by phone Tuesday, called Syrian President Bashar al-Assad a “butcher” and a “barbarian” for using sarin gas on his own people, but said last week’s successful missile strike was not the start of a campaign to oust the dictator.

“Our big mission is getting rid of ISIS,” Trump said. “That’s where it’s always been. But when you see kids choking to death, you watch their lungs burning out, we had to hit him and hit him hard.”

The president repeated the U.S. is not interested in escalating actions against Syria during an interview on the Fox Business Network.

President Trump said he has no plans to enter Syria, despite ordering airstrikes on a Syrian military base last week.

“We’re not going into Syria,” Trump told Maria Bartiromo during an exclusive interview on FOX Business. “But when I see people using horrible, horrible chemical weapons… and see these beautiful kids that are dead in their father’s arms, or you see kids gasping for life … when you see that, I immediately called General Mattis.”

Trump’s comments reflect his campaign speeches where he said eliminating ISIS was the top goal.