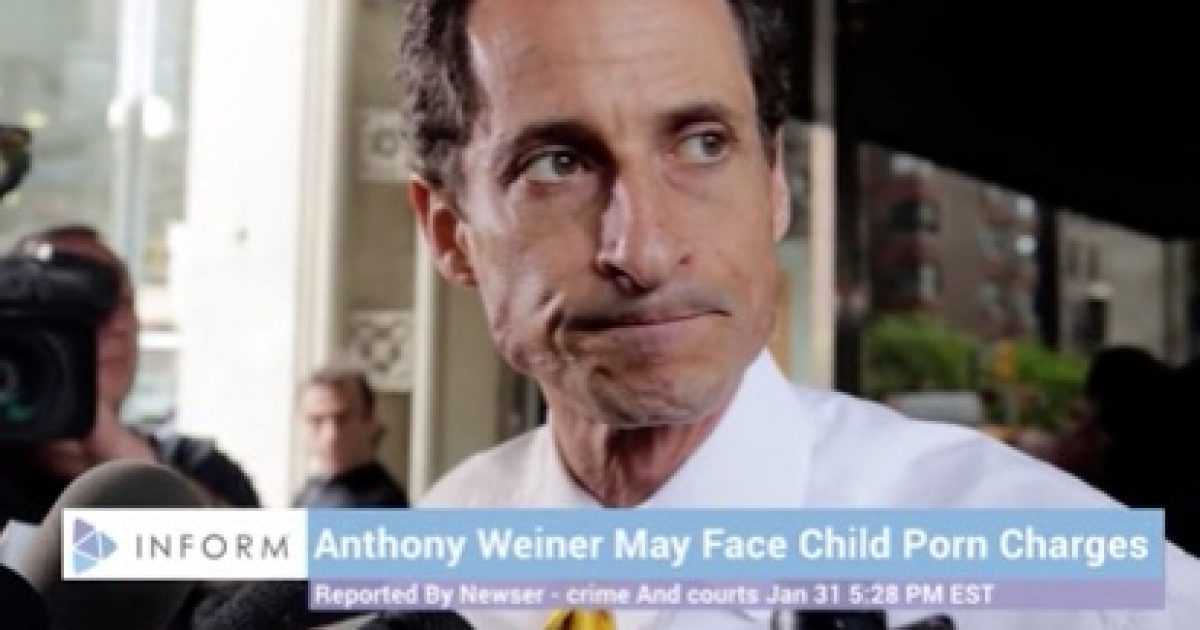 Disgraced former Democrat congressman Anthony Weiner is expected to appear in a Manhattan courtroom today to plead guilty for sexting to a minor.

Weiner was under investigation by the FBI and the U.S. attorney’s office for soliciting explicit images from the underage girl.

Reports of the federal investigation surfaced in September after a British newspaper, The Daily Mail, reported that Mr. Weiner had engaged in an online relationship with the girl, which included explicit messages sent over social media and suggestive texts.

It was during the investigation that the F.B.I. seized Mr. Weiner’s electronic devices, including a laptop computer on which agents found a trove of emails to his estranged wife, Huma Abedin, a top aide to Mrs. Clinton. That discovery led to the surprise announcement in late October by James B. Comey, then the F.B.I. director, that the bureau was conducting a new investigation into Mrs. Clinton’s handling of official email, an inquiry that ended two days before the election, with no charges brought.

Weiner could face anywhere from zero to up to 10 years in prison and will likely be required to register as a sex offender.