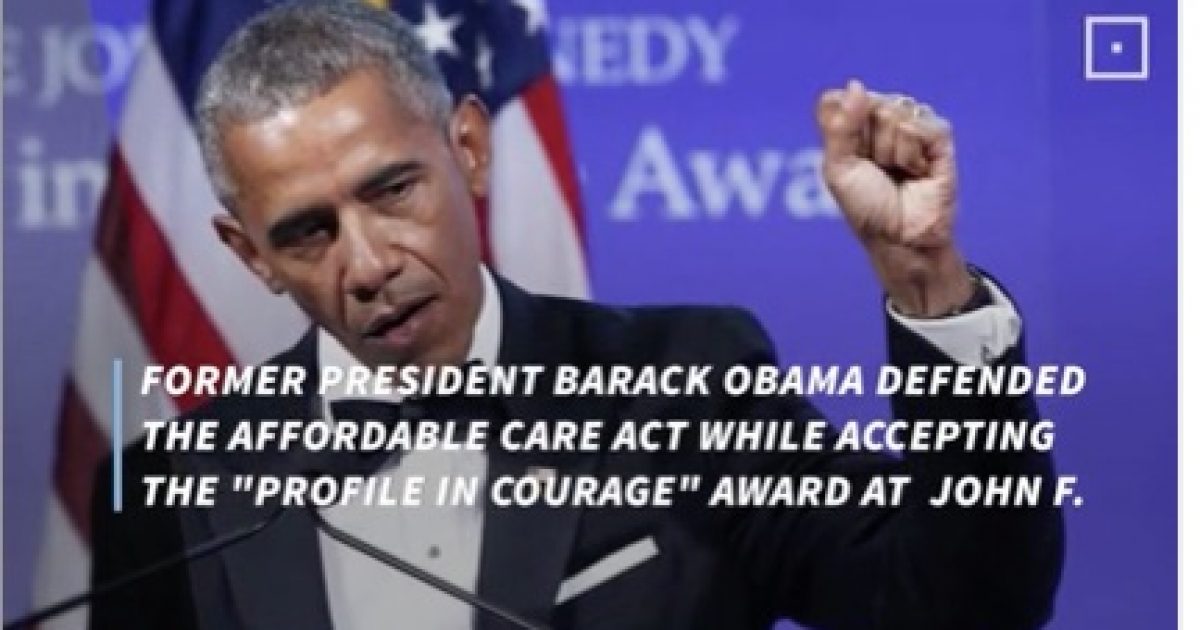 Former President Obama is watching his legacy get dismantled piece by piece but he is not going to go down quietly.

Obama’s climate change agenda is being reversed and the House of Representatives recently passed the American Health Care Act that makes major changes to ObamaCare.

After receiving the “Profile in Courage” award at the John F. Kennedy Presidential Library and Museum in Boston, Obama’s acceptance speech included a call for Congress to save ObamaCare.

Barack Obama on Sunday night called on members of Congress to exercise the “political courage” to not repeal Obamacare — his first public comments about the law since the House voted to repeal it on Thursday, and a rare entry into the current political debate since leaving office.

“I hope they understand that courage means not simply doing what’s politically expedient, but doing what, deep in our hearts, we know is right,” Obama said, in a speech here at the John F. Kennedy Library accepting the Profiles in Courage award in honor of what would have been Kennedy’s 100th birthday.

In typical fashion, Obama touted the “success” of ObamaCare for getting 20 million Americans health care insurance.

As we know, the number of insured is the wrong metric to judge ObamaCare. While more people have insurance, many can’t afford the skyrocketing premiums and deductibles which translate into people not getting the care they need.

Instead of enjoying a peaceful retirement, Obama is trying to stay politically relevant in a desperate attempt to save his legacy.