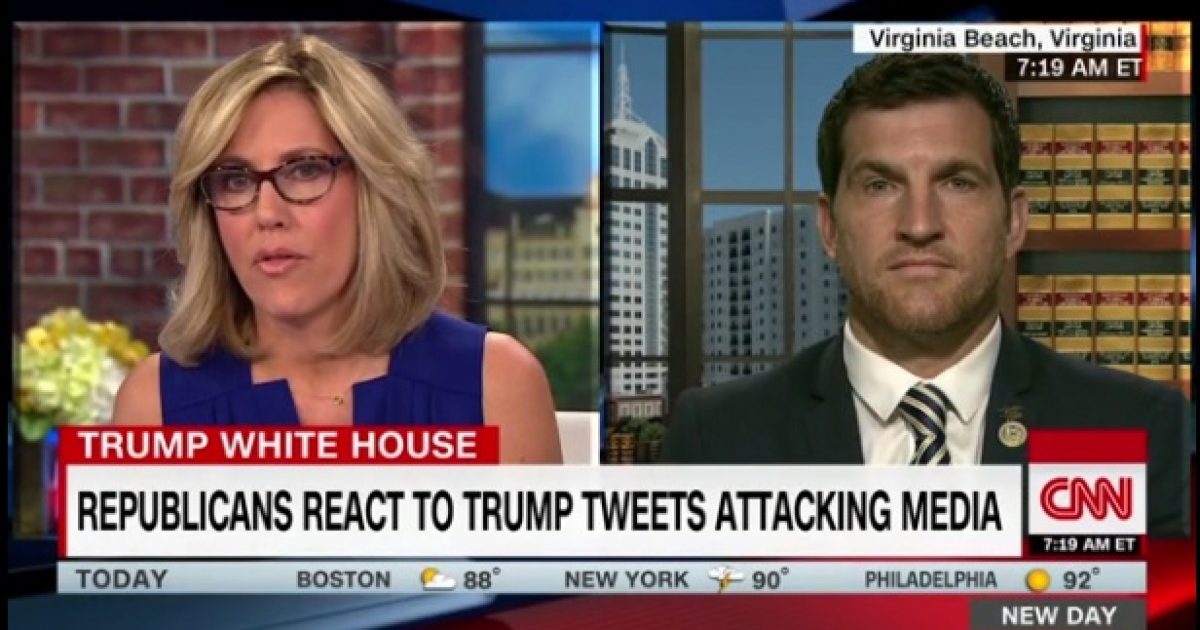 CNN host Alisyn Camerota wanted to get Taylor’s reaction to Trump’s retweeting an edited WrestleMania video depicting Trump slamming a man with a CNN logo covering his head to the ground.

Taylor said he did not like the tweet but redirected the conversation to discuss how the president is using CNN to make a larger political point.

“I think you guys are getting played, man,” Taylor said. “I think every time he does this you guys overreact — and by you guys I mean the media in general — and you play right into his hands.”

Taylor said Trump is able to use CNN’s negative coverage of himself to score political points.

After Camerota showed a graphic that showed a majority of Trump’s tweets were against the media and not his political agenda, Taylor made a great suggestion.

Taylor said CNN should do a segment exposing the volume of its negative stories against the president.

Camerota did not like his idea and responded, “Congressman, that is a crazy suggestion.”