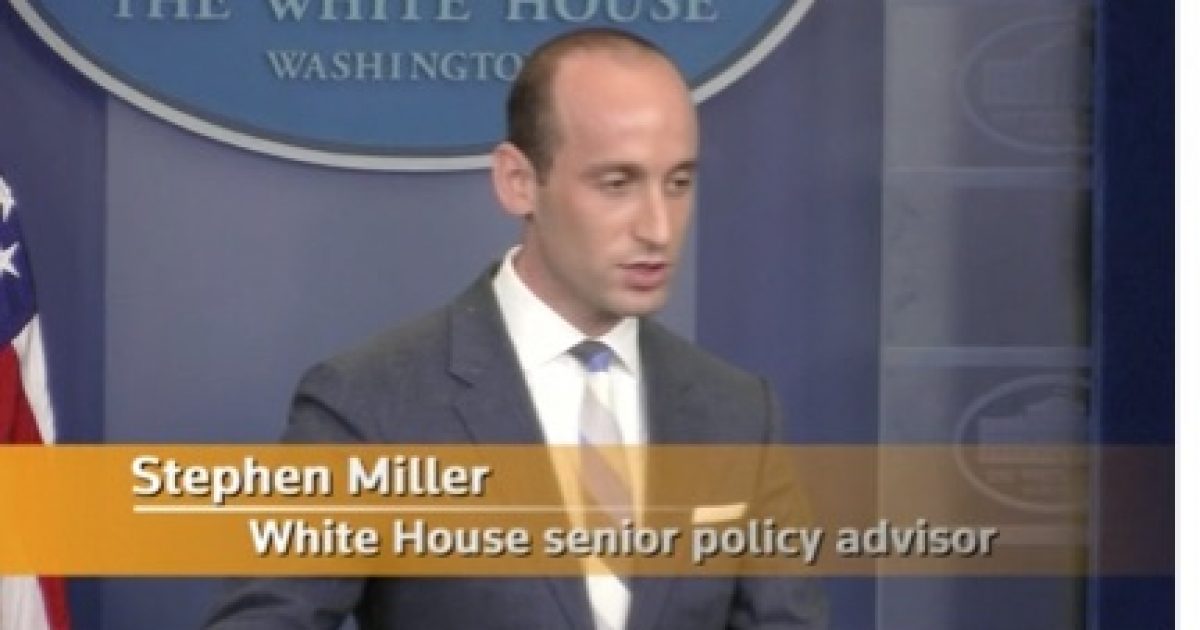 Tensions between the Trump administration and the media flared in the White House briefing room today.

Aggressive questions from The New York Times and CNN reporters over the Raise Act were effectively rebutted and dismantled by White House Senior Adviser Stephen Miller.

The Raise Act would establish a merit-based immigration system and reduce the number of low-skilled workers gaining legal access to the U.S.

Reuters covered the exchange between Miller and the media (see video).

John Acosta from CNN challenged Miller over language questioning whether the U.S. would limit immigration to only English speaking nations such as Great Britain and Australia.

“I have to say, I am shocked at your statement that you think that only people from Great Britain and Australia would know English. It’s all — it reveals your cosmopolitan bias to a shocking degree that in your mind — no, this is an amazing moment,” Miller shot back.