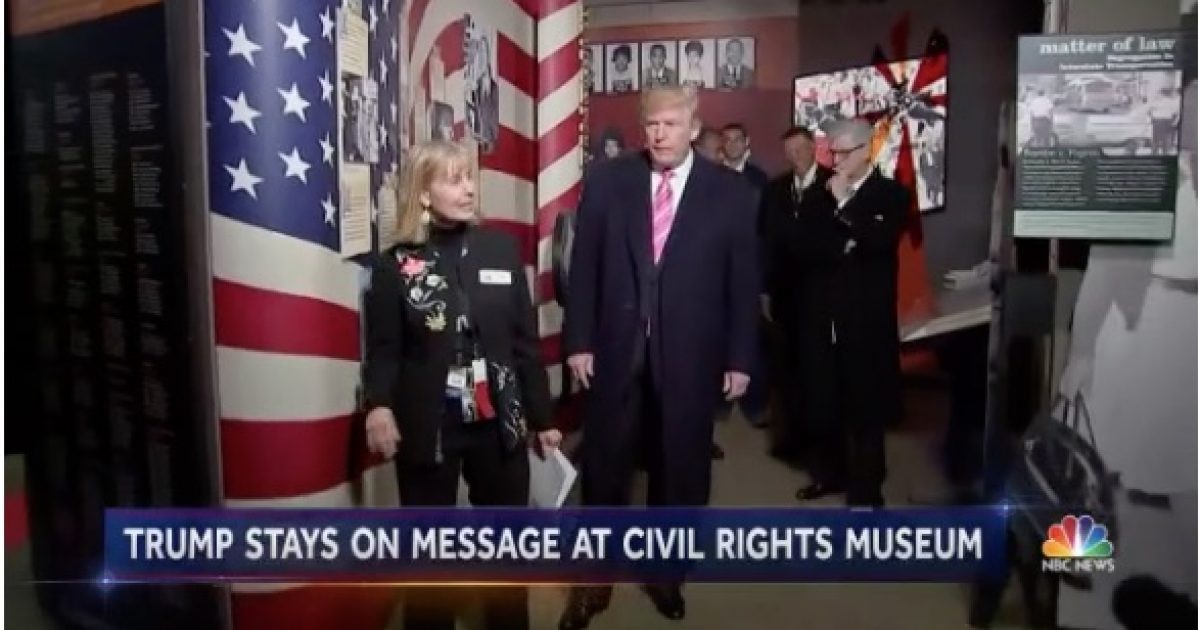 Black leaders including Representatives John Lewis (D-GA) and Bennie Thompson (D-MS) refused to attend the opening of a civil rights museum in Mississippi because President Trump was going to attend.

President Trump traveled to the south and gave remarks at the Mississippi Civil Rights Museum.

At the event, President Trump praised civil rights leaders including Medgar Evers who was assassinated.

Lewis boycotted the event because he views President Trump’s policies as harmful.

U.S. Representative John Lewis of Georgia, a Democrat who marched with Martin Luther King Jr. in the 1960s, said on Thursday that he would not go to the museum opening because of Trump’s presence.

“President Trump’s attendance and his hurtful policies are an insult to the people portrayed in this civil rights museum,” Lewis said in a statement with Mississippi Democratic U.S. Representative Bennie Thompson, who also declined to attend.

Issues raised by Lewis and Thompson about President Trump included, “disparaging comments about women, the disabled, immigrants and National Football League players,” and said the president had shown disrespect to those who fought for civil rights in Mississippi.

Black elected officials are among the biggest critics of President Trump.

For example, Representative Maxine Waters (D-CA) boosted her national standing with Democrats by calling for the impeachment of President Trump.

The boycott generated national news and I commented on Lewis’ decision on Fox & Friends Weekend.

One of my remarks critical of Lewis generated traction on social media:

“[Democrats] run on the race card. They run on identity politics. That’s all they’ve got.”