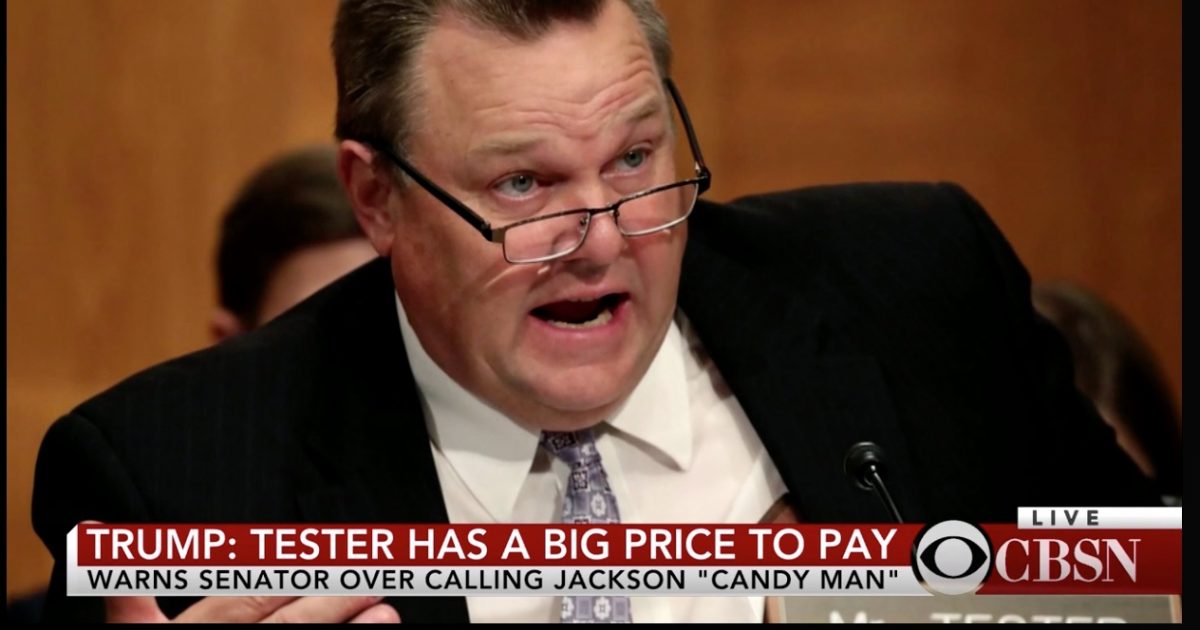 President Trump is calling for Senator Jon Tester (D-MT) to resign over his role in forcing the withdrawal of Dr. Ronny Jackson to serve as head of the Veterans Affairs Department.

Tester made a number of allegations against Jackson that led to his decision to withdraw his name from consideration to run the department.

The series of allegations against Dr. Jackson, which included overprescribing painkillers and drunkenness, generated a media firestorm which led to his decision not to pursue the Veterans Affairs post.

The Secret Service is refuting one of Tester’s charges.

The Secret Service is disputing the allegation, first reported by CNN, that on an overseas trip in 2015 Jackson drunkenly banged on the door of a female colleague so loudly that Secret Service agents had to calm him down so as to not disturb President Barack Obama.

Allegations made by Senator Jon Tester against Admiral/Doctor Ron Jackson are proving false. The Secret Service is unable to confirm (in fact they deny) any of the phony Democrat charges which have absolutely devastated the wonderful Jackson family. Tester should resign. The…..

Democrats are in full resist mode and will do anything to stop President Trump.

Importantly, Tester is running for re-election in the fall and Montana is a red state that supported President Trump by a wide margin.

Tester’s participation in the Democrat resist movement might very well cost him his Seneate seat.