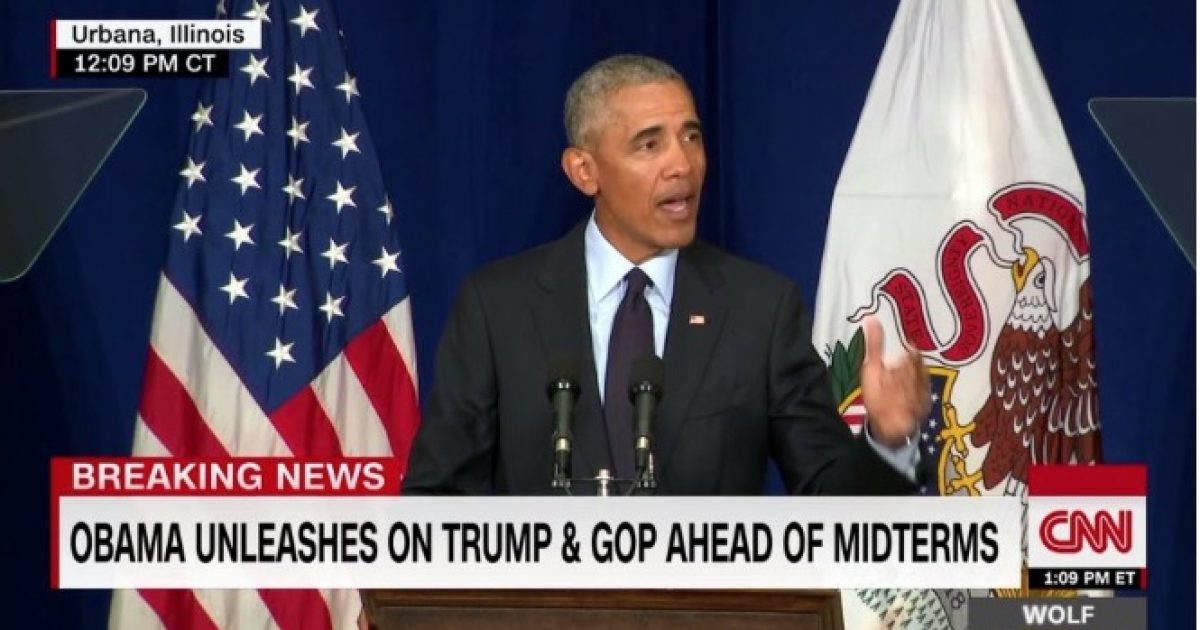 Former President Obama unleashed an attack on President Trump in a speech at the University of Illinois.

The speech was a broad-based attack on President Trump and Republicans.

Obama blamed Republicans in Congress for protecting President Trump and called them “hypocrites” and “dangerous.”

The former president justified his political visibility on the urgent call to defend democracy.

“I’m here today because this is one of those pivotal moments when every one of us as citizens of the United States need to determine just who we are, what it is that we stand for,” Obama said. “As a fellow citizen, not as an ex-president, I’m here to deliver a simple message, which is that you need to vote, because our democracy depends on it.”

Obama ended his speech with a call for voters to get politically active to save America from “dark times.”

President Obama ended his speech on Friday with a message of hope for those concerned about the country’s current path: “We have been through much darker times than these.”

Somehow, Obama said, “each generation of Americans carried us through to the other side.”

They did that “not by sitting around and waiting for something to happen, not by leaving it to others to do something, but by leading that movement for change themselves,” he said.

The sudden appearance of Obama on the political scene is an effort to generate Democrat voter turnout in the upcoming midterm elections.

Democrats have high hopes to retake the Congress and they need a big turnout to make that happen.