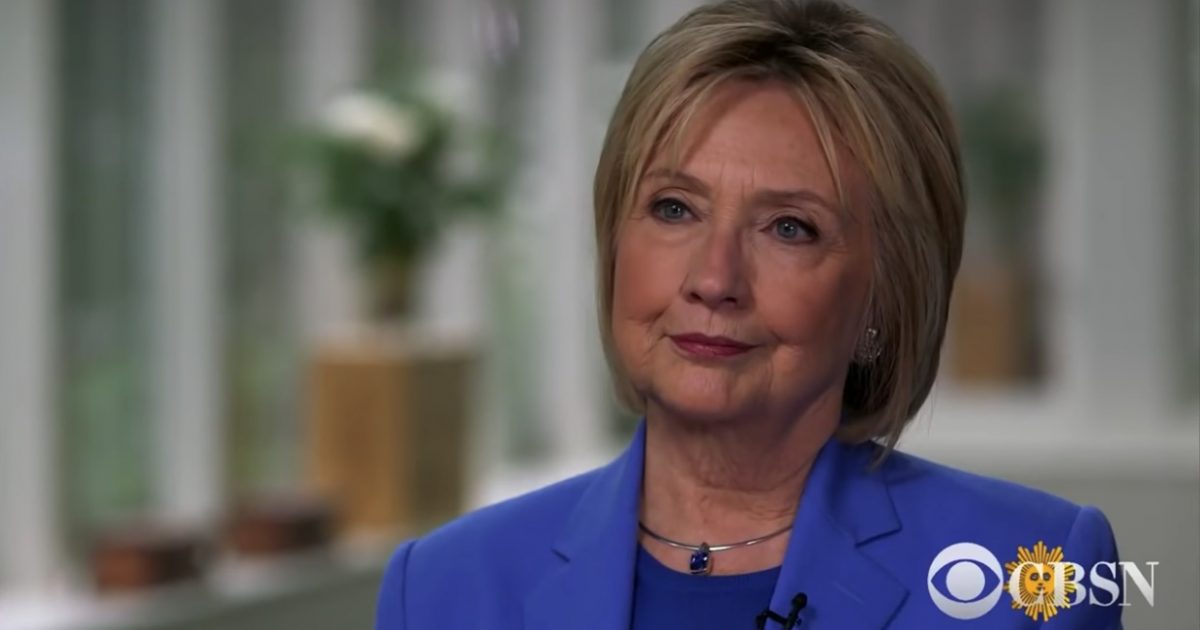 During an interview on CBS “Sunday Morning,” Hillary said her husband should not have resigned due to his sexual relationship with then-White House intern Monica Lewinsky.

Hillary Clinton vehemently denied in a recent interview that her husband’s extramarital affair with then-White House intern Monica Lewinsky was an abuse of power and added that former President Bill Clinton was right not to resign amid a scandal that led to his impeachment on perjury and obstruction charges.

“Absolutely not,” the former first lady said during a CBS “Sunday Morning” interview when asked if Bill Clinton should have stepped down.

Clinton responded: “No. No.”

Hillary is ignoring the meaning of the #MeToo movement and is trying to rewrite history.

Good luck with that!