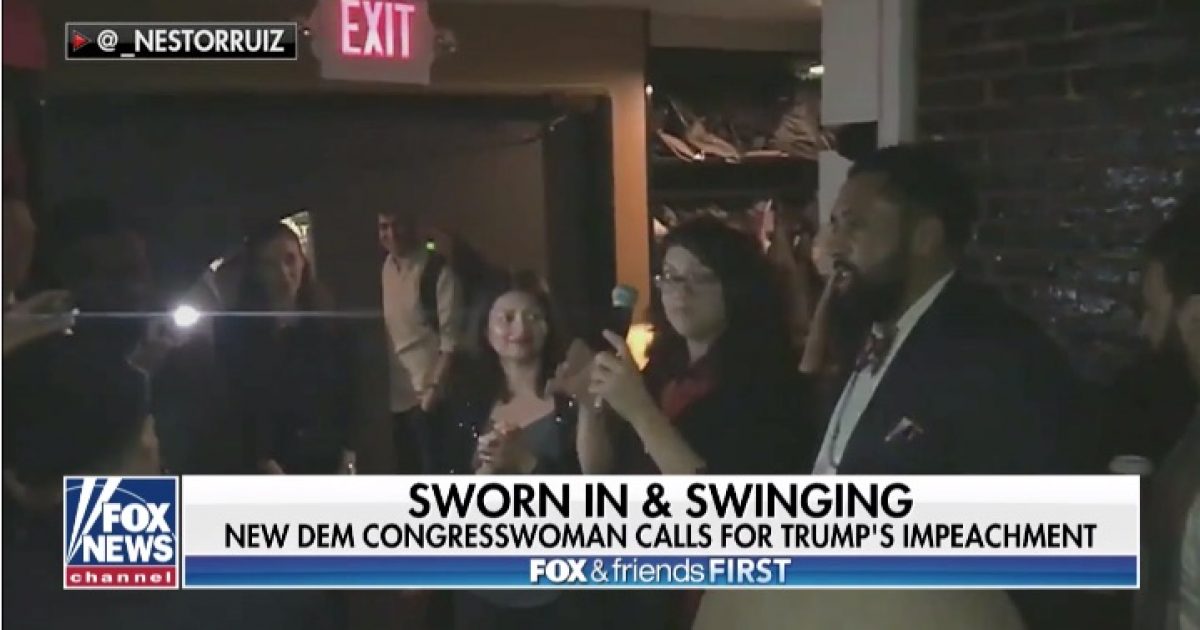 Newly elected Democrat Michigan Representative Rashida Tlaib promoted the impeachment of President Trump in a vile comment during an event following the Democrat takeover of the U.S. House Representatives.

Tlaib made her comment at a party sponsored by a left-wing organization the evening following her being sworn in for her first term representing the 13th district in Michigan.

Speaking to a crowd of supporters Thursday night, the Michigan Democrat and one of the first Muslim women elected to Congress said of Trump: “People love you and you win. And when your son looks at you and says, ‘Momma, look you won. Bullies don’t win.’ And I said, ‘Baby, they don’t, because we’re gonna go in there and we’re gonna impeach the mother***er.’”

The attendees of the event loudly cheered Tlaib’s comment.

(Click the Fox News link to watch Tlaib and the crowd’s reaction).

I will always speak truth to power. #unapologeticallyMe

Tlaib also promoted her desire to impeach President Trump in a Detroit Free Press commentary, “Now is the time to begin impeachment proceedings against President Trump.”

The Framers of the Constitution designed a remedy to address such a constitutional crisis: impeachment. Through the impeachment clause, they sought to ensure that we would have the power, through our elected representatives in Congress, to protect the country by removing a lawless president from the Oval Office.

We already have overwhelming evidence that the president has committed impeachable offenses, including, just to name a few: obstructing justice; violating the emoluments clause; abusing the pardon power; directing or seeking to direct law enforcement to prosecute political adversaries for improper purposes; advocating illegal violence and undermining equal protection of the laws; ordering the cruel and unconstitutional imprisonment of children and their families at the southern border; and conspiring to illegally influence the 2016 election through a series of hush money payments.

Now is the time to begin impeachment proceedings against President Trump https://t.co/fS9mZJvzmD via @freep

As predicted by many, Democrats are going to do everything they can to undermine President Trump including trying to impeach him.