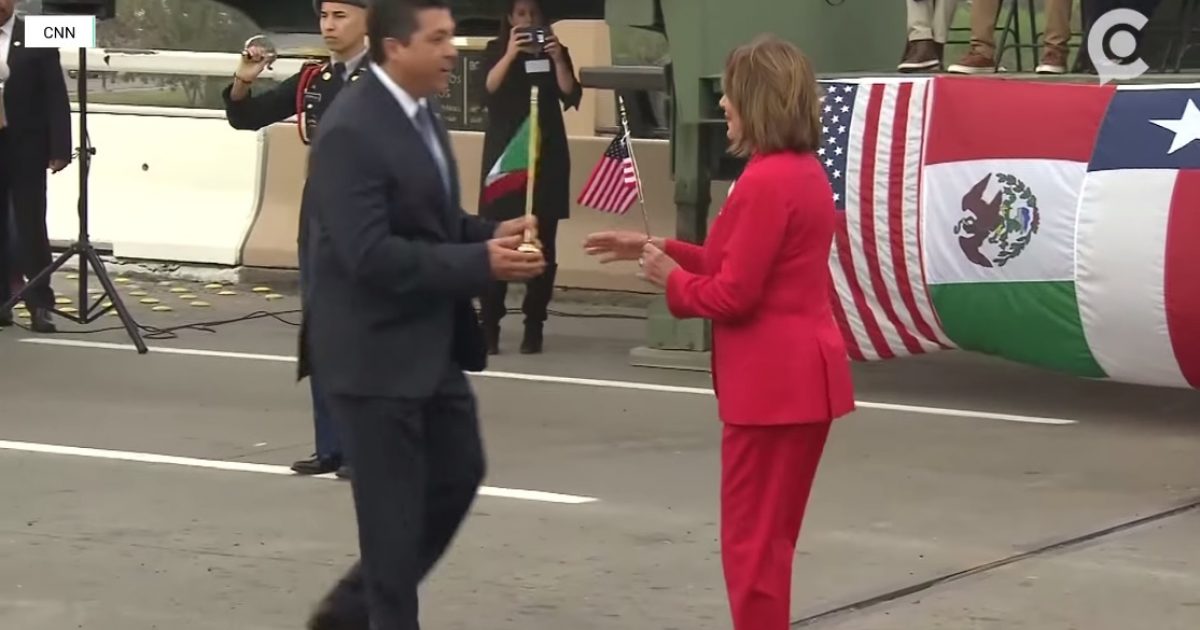 Speaker of the House Nancy Pelosi (D-CA) hugged a Mexican official during a ceremony on a bridge that connects the two countries.

Speaker Nancy Pelosi (D-Calif.) on Saturday took part in a ceremony with Mexican officials and dignitaries on a bridge connecting the U.S. and Mexico.

Pelosi could be seen in footage of the moment sharing a hug with a Mexican official as part of the International Bridge Ceremony, which is hosted by the Washington’s Birthday Celebration Association of Laredo (WBCA), a Pelosi spokesperson confirmed to The Hill.

Pelosi promoted her participation in the ceremony on Twitter:

Thank you to @RepCuellar for welcoming me to the vibrant border community of Laredo this week. From taking part in our conversation at @txamiu to participating in the celebration of George Washington’s Birthday with Mexican dignitaries, I’ll remember this trip for years to come. pic.twitter.com/3H7YsL29wW

Pelosi toured the area and denied the existence of a border crisis.

The House Speaker made the rounds across Laredo speaking at engagements throughout the day before her trip to the Juarez-Lincoln Bridge.

While she was at the bridge, Pelosi spoke with CBP officials and bridge directors.

After her tour, Pelosi said that anyone who believes that there is a crisis on the border needs to come have a look themselves.

Pelosi continues to deny the crisis at the southern border and the ceremony at the bridge will only infuriate Angel Families that have lost loved ones because of criminal activity by illegal aliens.