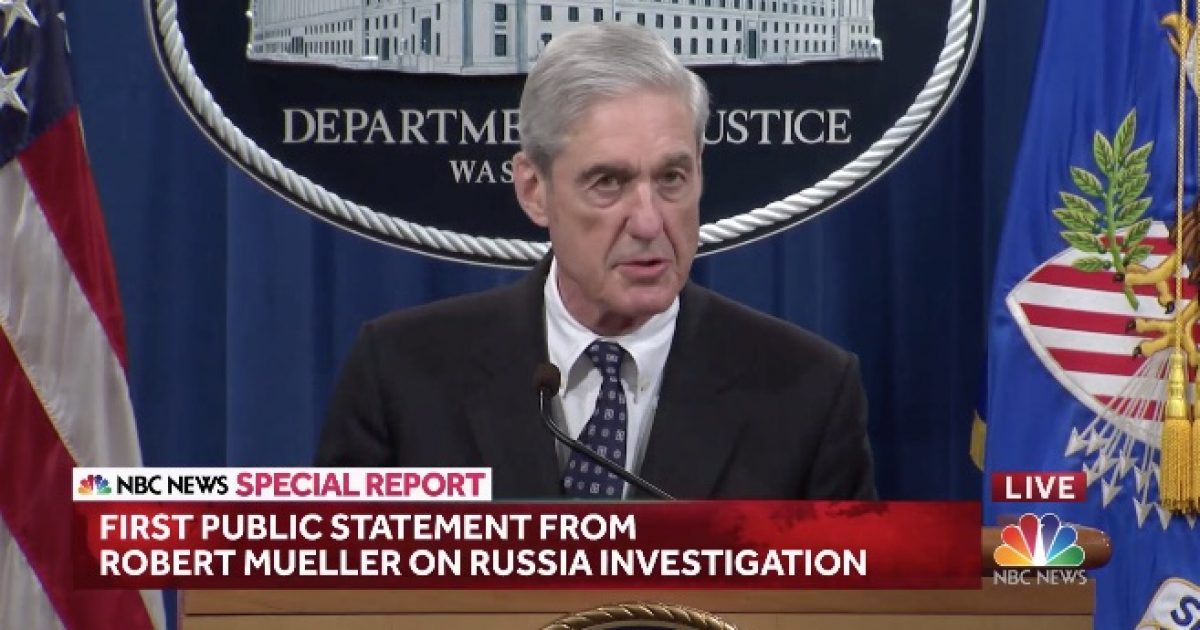 A number of Democrats pushed the idea of impeaching President Trump after special counsel Robert Mueller gave a brief summary of his report to the media.

While Mueller did not deviate from his report, his comment that he couldn’t indict a sitting president because of a Department of Justice policy provided fuel to the president’s critics.

Mueller essentially passed the ball to Congress when he said, “The Constitution requires a process other than the criminal justice system to formally accuse a sitting president of wrongdoing.”

Democrat presidential 2020 candidates jumped on the Mueller press briefing to get attention.

What Robert Mueller basically did was return an impeachment referral. Now it is up to Congress to hold this president accountable.

We need to start impeachment proceedings. It's our constitutional obligation.

Former Harvard Law Professor Alan Dershowitz blasted Mueller for making comments that went beyond his role as a prosecutor.

Dershowitz was especially disturbed by Mueller’s statement that he did not exonerate the president with regard to obstruction of justice.

As set forth in our report, after that investigation, if we had confidence that the President clearly did not commit a crime, we would have said that.

We did not, however, make a determination as to whether the President did commit a crime. The introduction to volume two of our report explains that decision.

Dershowitz explained in a commentary published in The Hill, that a “… prosecutors can only conclude whether there is sufficient evidence to commence a prosecution. They are not in a position to decide whether the subject of the investigation is guilty or is innocent of any crimes.”

Nothing changes from the Mueller Report. There was insufficient evidence and therefore, in our Country, a person is innocent. The case is closed! Thank you.

The press briefing by Mueller was clearly intended to give impeachment ammunition to Congress and exposed his political agenda.

Mueller did not find enough evidence to conclude President Trump committed a crime so he passed the ball to Congress.