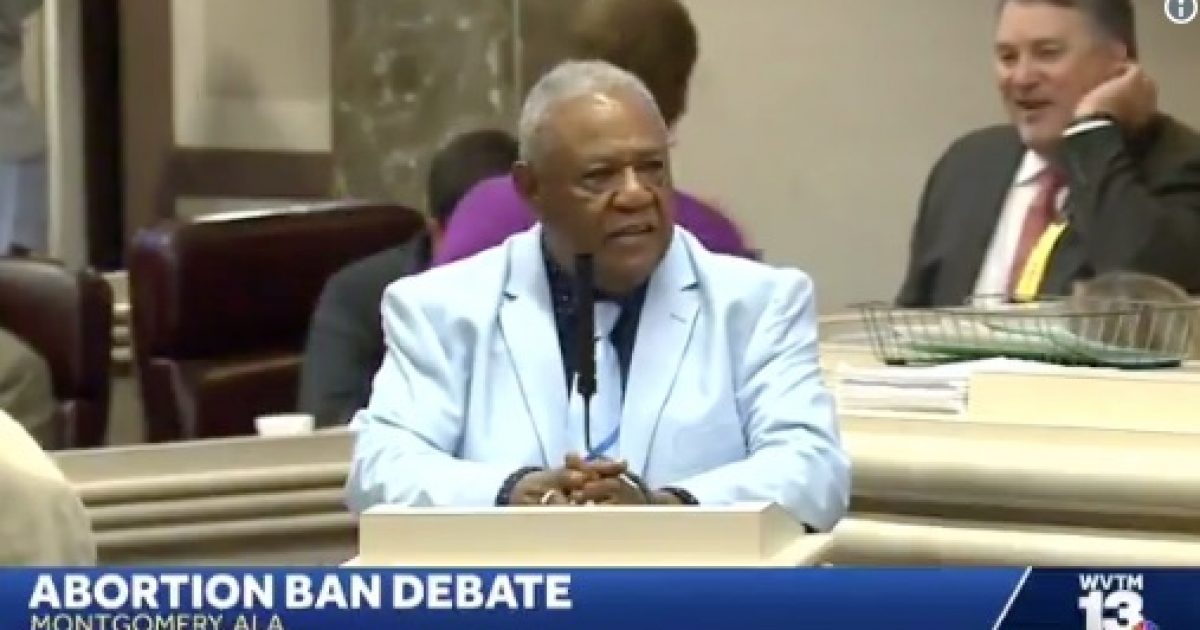 An Alabama Democrat publically took his defense for abortion to another level.

Following the passage of Alabama House of Representatives abortion legislation, a measure that would ban most abortions in the state, Democrat Representative John Rogers voiced his opinion for a woman’s right to choose, saying, “kill them now or you kill them later”

“I’m not about to be the male tell a woman what to do with her body,” he said, repeating a common refrain among abortion-rights advocates. “She has a right to make that decision herself.”

Then his argument took a turn.

“Every human life, no matter how weak or small, has inherent dignity because we are all made in the image of God. House Bill 314, which the House passed 74-3, recognizes and protects the dignity of human life….(2/x) #alpolitics

This is stomach curling and makes Ralph Northam look like a moderate on abortion.

Every Democrat running for President needs to be asked where they stand on this. The extreme turn we've seen from Dems on abortion recently is truly sickening. https://t.co/KchZfqvQMK

Breitbart reports, “Lawmakers in the Alabama House voted, 74-3, to approve the legislation after most Democrats walked out of the chamber, refusing to vote.”

The Alabama Senate is expected to take up the bill soon.

Representative Rogers’ comments are appalling and his extreme and radical views represent a new and disturbing feeling on abortion by a Democrat.