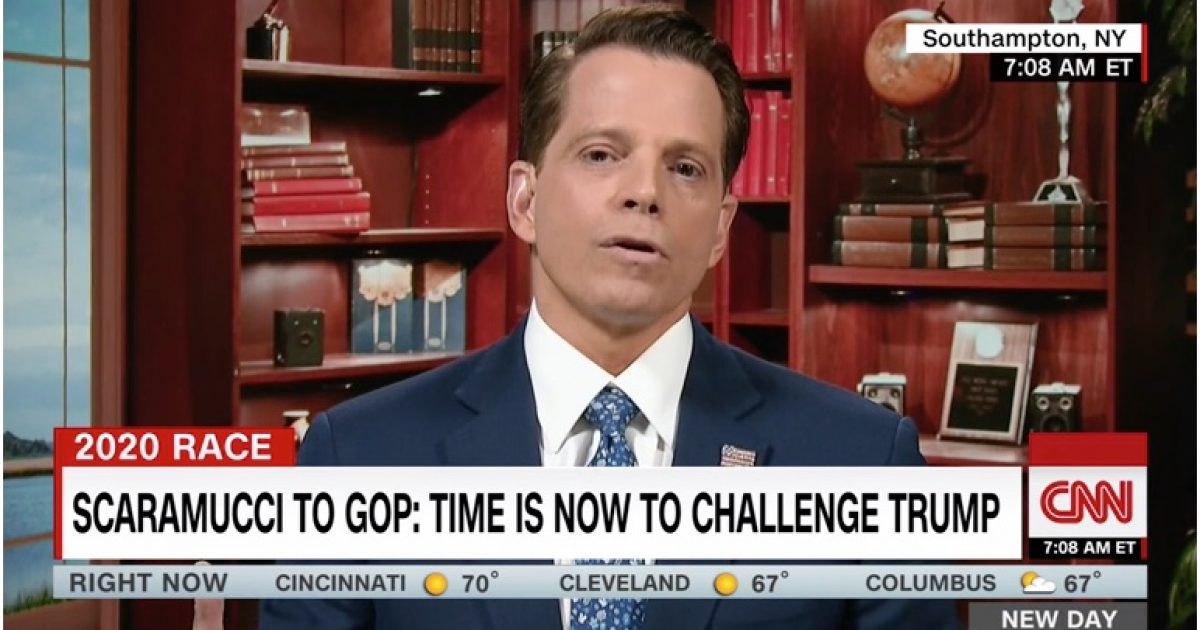 Scaramucci, who served as the former White House Communications Director, suddenly turned on the president.

Scaramucci is making the rounds in the media blasting President Trump.

He wrote a piece for The Washington Post explaining why he now opposes President Trump and he also appeared in a video interview.

In addition, Scaramucci said he is going to assemble a group of former members of President Trump’s cabinet to criticize the president before next year’s election during a cable TV interview.

On CNN’s “New Day” he said, “I’m in the process of putting together a team of people that feel the exact same way that I do. This is not a ‘Never Trump’ situation.”

Referring to the president Scaramucci added, “This is — OK, the guy is unstable. Everyone inside knows it, everyone outside knows it.”

Nobody ever heard of this dope until he met me. He only lasted 11 days! pic.twitter.com/RzX3zjXzga

Scarmucci’s outbursts directed at President Trump is a reminder of how vicious the political world is and brings to mind the famous quote from President Harry Truman, “If You Want a Friend in Washington, Get a Dog!”