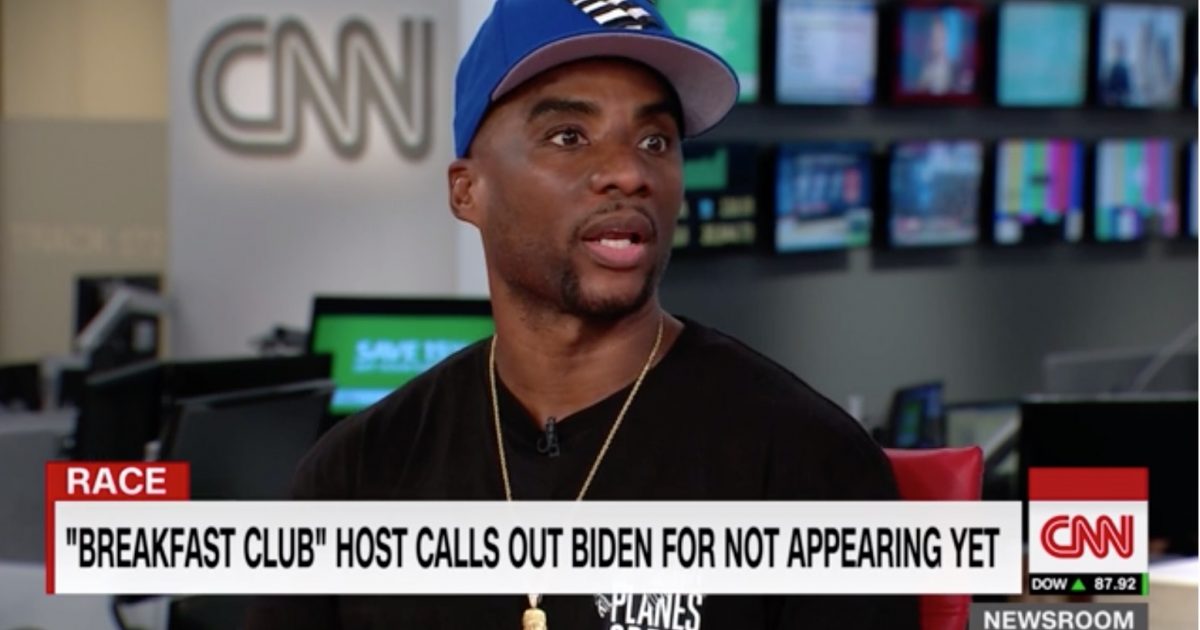 Charlamagne, a radio co-host for The Breakfast Club, blasted former Vice President Joe Biden for not appearing on his radio show.

The radio host, upset about Biden’s decision not to appear on his show but sent a surrogate instead, said this was evidence of the former vice president’s “white entitlement and privilege.”

He added about Biden, “… he’s just that old school white male who feels like ‘hey man, they need me, I don’t need them or I’ve got them already.’ That’s not respect.”

This is not the first time Charlamagne criticized Biden (watch video).

In all likelihood, Biden is trying to avoid the interview because he doesn’t want to be confronted about his past votes that were harmful to black Americans. If so, then Biden is better off with a negative one day story about not appearing on the show than video clips of him unable to answer questions.