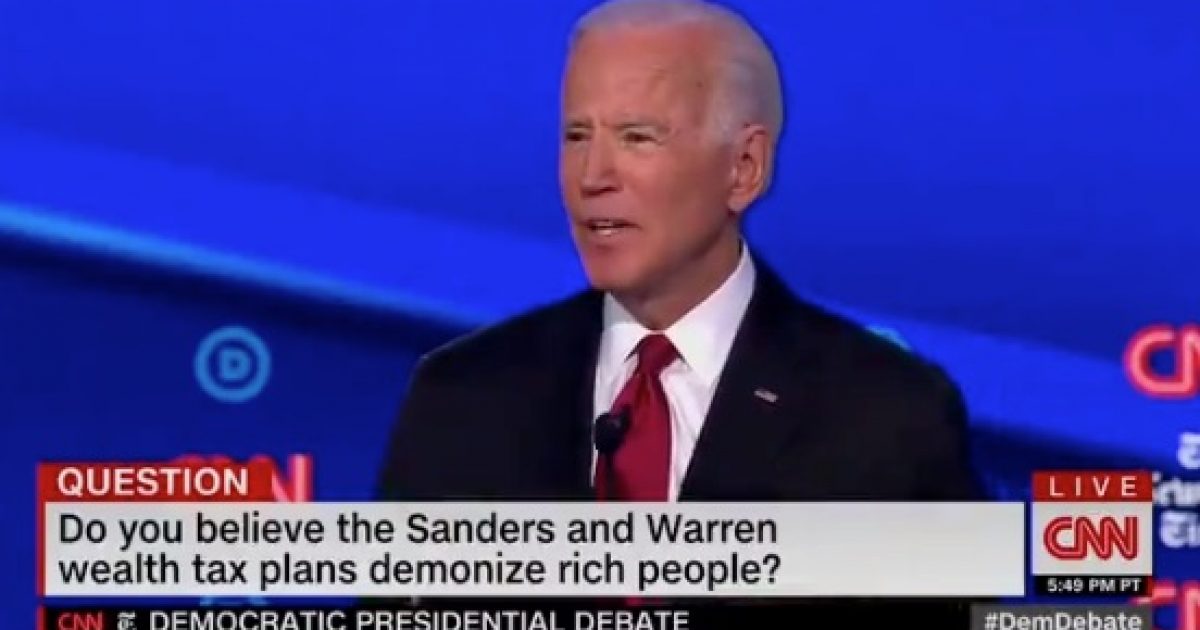 Biden made several blunders during Tuesday night’s debate including discussing his plan to “eliminate the capital gains tax,” while in the same breath talked about people “clipping coupons in the stock market.”

This viewer gave an analysis of Biden’s blunders on Twitter and remarked about his family saying, “It’s sad his family should not be letting him debate.”

He’s so confused. Stumbling over words and making no since. Warren actually laughing. It’s sad his family should not be letting him debate. @POTUS will destroys him in a debate. pic.twitter.com/CukJGD21nd

During the presidential campaign, Biden’s allies talked about the possibility of him scaling back his appearances because of his blunders.

However, David Alexrod, a former adviser to President Obama, disagreed.

This is bad advice. You can’t cloister the candidate and win.
He either can cut it or he can’t, and the only way he can prove he can is to be an active and vigorous candidate.
He’s running for president of the United States, for God’s sake!https://t.co/SCZmqVYapF

There is also frustration among Biden’s donors.

Since hitting the presidential campaign trail, Biden’s donors are not happy with his performance during debates and public events.

Biden’s top wealthy Democratic donors are also troubled about his campaign and recently met behind closed doors in Philadelphia, Pennsylvania, to discuss their concerns following the release of the third-quarter campaign fundraising revealing Biden is in fourth place among his Democratic opponents.

Biden faces a number of campaign challenges including his constant blunders, donor concerns, and questions over his son Hunter’s foreign business affairs, all of which will have an effect on his poll numbers.