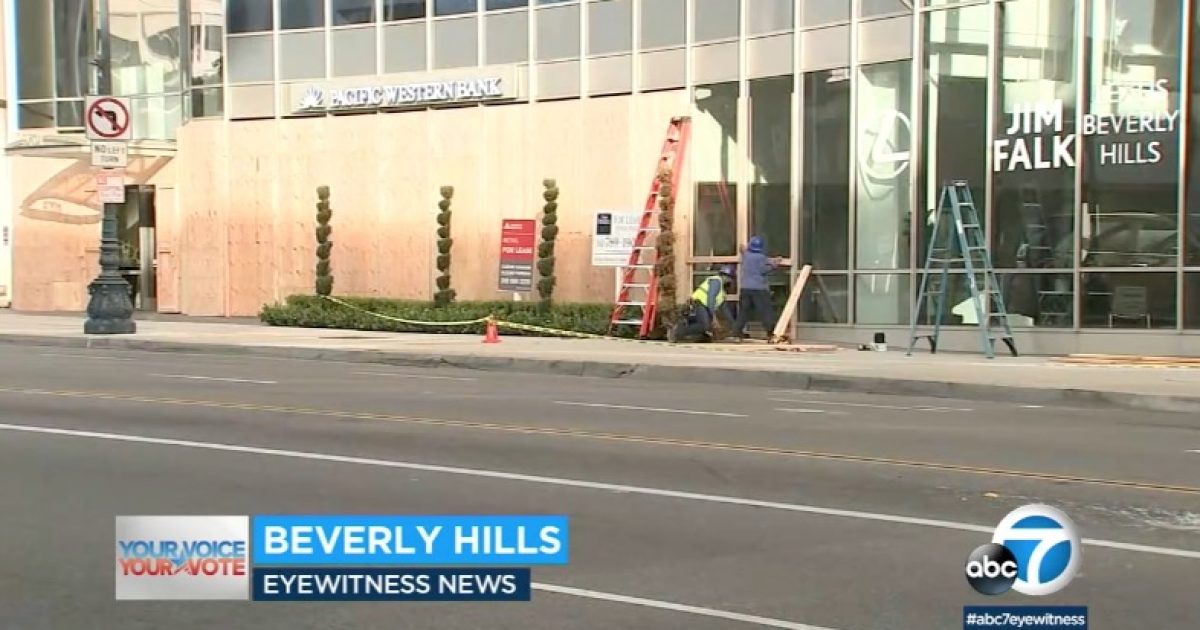 In preparation for potential civil unrest, numerous businesses are closed with their doors and windows shuttered.

Take this to the voting station. pic.twitter.com/NOfpozepsm

Protesters in Washington, D.C., have reportedly been organizing for months with the goal of civil unrest perhaps leading up to the inauguration in January.

A collection of groups led by Black Lives Matter and Shutdown DC reportedly has been holding training sessions for demonstrators to protest on Election Day — and apparently, they’re planning a large-scale event across the street from the White House expected to draw thousands.

Horrifying scenes in Washington DC before the election. Democracy in crisis. #antifa pic.twitter.com/ekG2oPTbGP

Is anyone actually surprised that D.C. is boarding up ahead of the election?

I took these photos in the early morning of May 31, following a weekend of rioting in downtown D.C. pic.twitter.com/FEMDxDhdQ5

My husband Tom just arrived in D.C. today and took these pictures.

Businesses in California are also prepared for the worst.

The crews arrived on Rodeo Drive at 6 a.m. Monday with a singular task: To board up every one of the roughly 70 posh boutiques and high-end properties lining the upscale Beverly Hills strip. They planned to work until midnight and barricade Rodeo Drive to vehicles and pedestrians for two days, all in anticipation of Election Day.

Other cities are also prepared for the worst.

This is the view in each direction from the same street corner in downtown #Portland.

It’s hard to say how many for sure but seems like half or more businesses I’ve passed are boarded up. I’ve counted ten in the process & the sound of saws and hammers echoes down the street. pic.twitter.com/Ihgv1Dx8z0

Most of this year, the left-wing mob commandeered progressive run cities and neighborhoods over racial tension.

Calls for potential civil unrest by the radical left-wing mob because they disagree with the election outcome is outrageous.

Businesses are still suffering over the consequences of COVID-19 and the destruction of riots and looting.

Our country needs law and order and Democrat-run cities are not up to the task.

Just another reason to vote for President Trump.